LANCASTER – Authorities are asking for the public’s help to find a 35-year-old Lancaster man who is schizophrenic and bipolar.

Although Watts lives and works in the Lancaster area, he is known to sleep in his vehicle in Orange County. His vehicle is a 2006 white Toyota Tundra with California license plate number 8C04660.

“Mr. Watts is manic depressive, schizophrenic and bipolar, and his loved ones are concerned for his well-being,” according to a news release from the Sheriff’s Information Bureau.

Anyone with information on Watts’ whereabouts is urged to call Sgt. Mike Rodriguez or Detectives Tamar Abraham or Matt Pereida of the sheriff’s Missing Persons Unit at 323-890-5500 or Crime Stoppers at 800-222-8477. 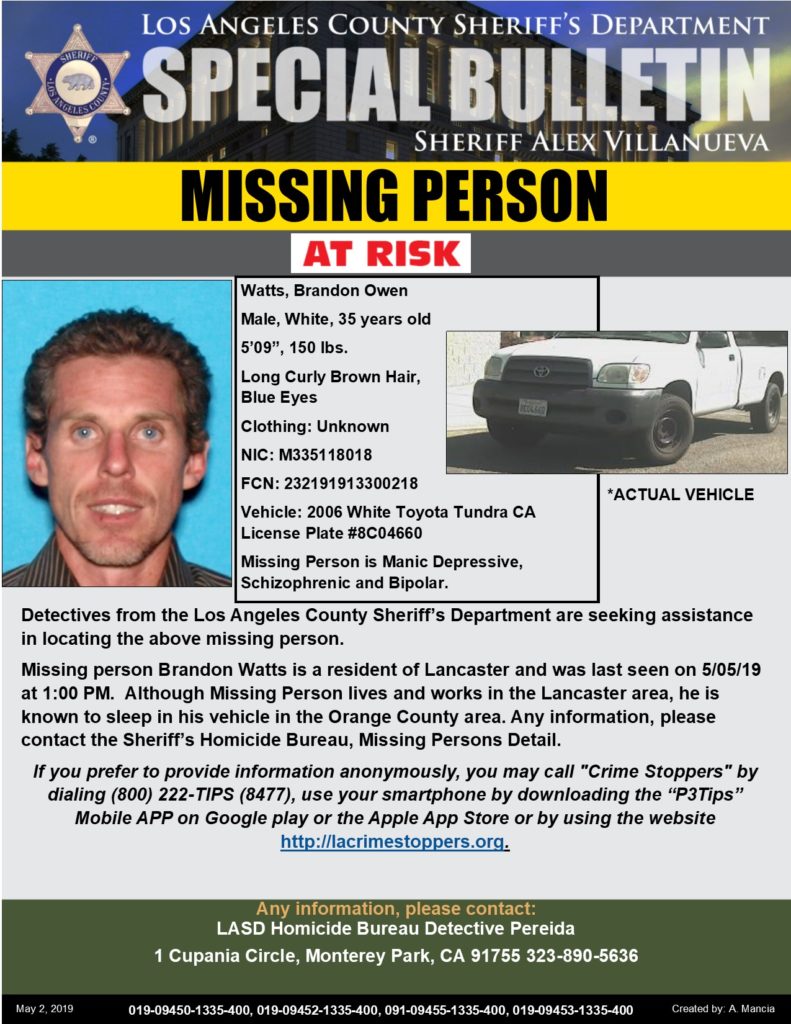