PALMDALE – Authorities are seeking the public’s help in locating a 78-year-old Palmdale woman who suffers from dementia.

Shirley Davidson was last seen at 4 p.m. Thursday, May 9, when she left a store at 20th Street East and Avenue J, according to the Los Angeles County Sheriff’s Department.

Davidson is white, 5 feet tall, 104 pounds, with gray hair in a pony tail and blue eyes. She was last seen wearing a black jacket, blue jeans and black shoes, the sheriff’s department said.

“Davidson suffers from dementia and her family is concerned for her well being,” states a news release from the Sheriff’s Information Bureau.

Anyone with information on Davidson’s whereabouts is encouraged to call Sgt. Mike Rodriguez or Detectives Tamar Abraham or Matt Pereida of the sheriff’s Missing Persons Unit at 323-890-5500 or Crime Stoppers at 800-222- 8477. 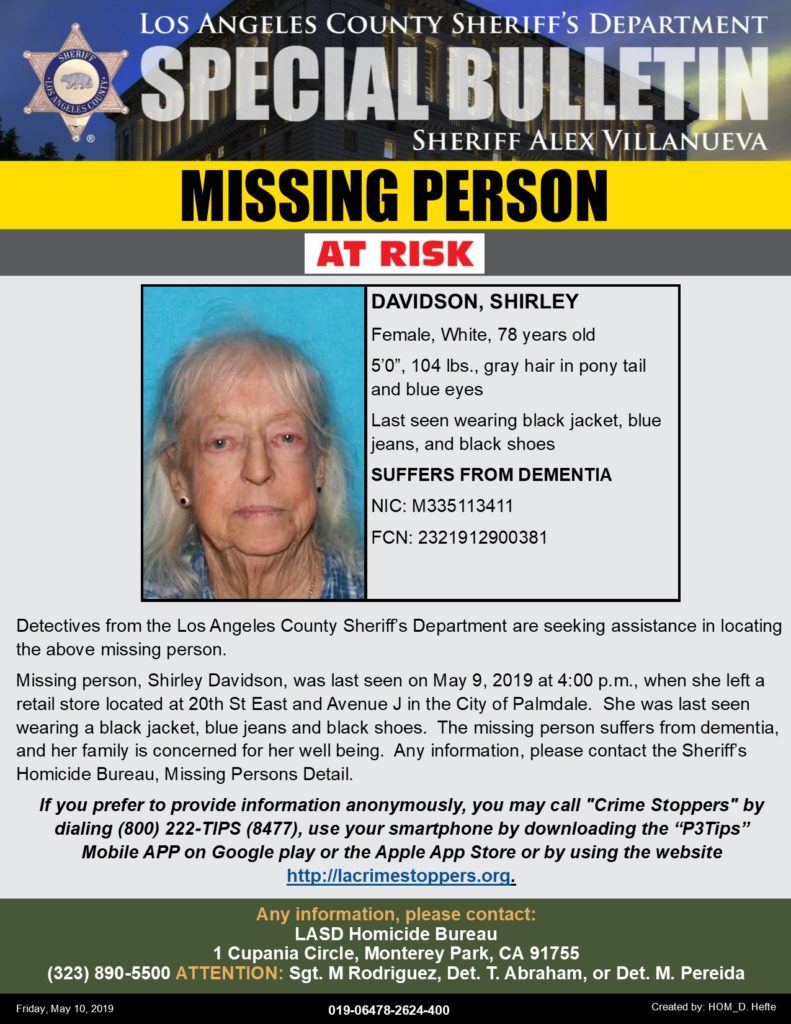 2 comments for "Woman, 78, suffers from dementia, missing in Palmdale"