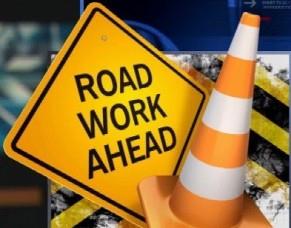 LAKE LOS ANGELES – Construction crews working for Los Angeles County are scheduled to perform more than $13 million in resurfacing work this spring and summer on roads in unincorporated areas around the Antelope Valley, according to Supervisor Kathryn Barger’s office.

Scheduled for resurfacing in May are:

Those roads will be closed to through traffic during construction, but Antelope Acres residents will have access to their homes.

On the schedule for resurfacing this summer are:

The resurfacing work is financed by the state gas tax hike of 12 cents a gallon that was approved by the Legislature in 2017 and reaffirmed by California voters last November.

The 2019 work is among roughly $70 million worth of street resurfacing work scheduled this year and over the next five years with gas tax money in the unincorporated Antelope Valley.

The unincorporated area includes communities such as Littlerock, Sun Village, Pearblossom, Acton, Elizabeth Lake, Lake Hughes and Llano, as well as Lake Los Angeles, Quartz Hill and Antelope Acres. Unincorporated areas where streets are maintained by county Public Works crews are outside the city limits of Lancaster and Palmdale.

The county Board of Supervisors is expected to approve spending on $18 million worth of road projects next year for the unincorporated Antelope Valley. Projects proposed for spending next year include:

In 2020-21, crews working for the county are expected to perform about $1 million worth of resurfacing on another segment of Pearblossom Highway, stretching from the Palmdale city limits near 25th Street East west to Sierra Highway.

[Information via news release from the office of Supervisor Kathryn Barger.]