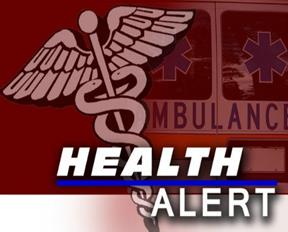 The case was not tied to the other five confirmed cases in any way, according to Department of Public Health Director Barbara Ferrer.

Anyone who may have been exposed to the disease at these locations is urged to call their health care provider and confirm immunization. Those exposed are at risk of developing measles for up to 21 days.

The report came amidst an outbreak this year of more than 700 measles cases nationwide, the worst in 25 years. There are hundreds of cases concentrated in New York, dozens in Washington State and 38 cases reported in 11 counties across California.

At the recommendation of Supervisor Hilda Solis, the Board of Supervisors voted to support state legislation to boost school immunization requirements by standardizing exemptions for vaccinations across the state.

“Science has proven that the measles vaccine works, and it is safe and effective,” Solis said. “SB 276 will strengthen existing state law by closing a vaccination exemption loophole that harms children and others with compromised immune systems.”

Meanwhile, quarantines of UCLA students related to the infection will be lifted Tuesday evening and at Cal State Los Angeles on Thursday because those individuals will no longer be contagious even if exposed to the measles, Ferrer told the Board of Supervisors.

A total of 344 students and staff at the two campuses were ordered quarantined and a blanket quarantine was issued for 800 known visitors and hundreds of unknown visitors to a Cal State campus library on April 11.

Many students were quarantined because they couldn’t confirm their vaccination status, not because of active symptoms.

“We’ll likely see more measles cases,” Ferrer said, due to the number of travelers and those who have not been immunized.

She cited recommendations by the Centers for Disease Control and Prevention in urging everyone to check their immunization status and said that certain groups of people should take action quickly, including:

— students of any age.

The county is offering free immunizations at clinics countywide to anyone without insurance or who is under-insured.

Ferrer reminded residents that measles can be deadly in some cases and can also cause brain swelling, deafness and pneumonia.

“Your risk of getting encephalitis or swelling of the brain is so much higher if you get measles, I mean there’s no comparison, than your risk of having a bad affect from the vaccine,” Ferrer said, urging parents to talk directly to health care providers to avoid misinformation.

The public health official said a team of 100 county workers is dedicated exclusively to efforts to contain the measles and reach out to those who may have been exposed.

Children under the age of six months and pregnant women cannot be vaccinated, but Ferrer urged anyone who is considering becoming pregnant to get vaccinated now.

Those with symptoms should contact health care providers by phone to avoid spreading the disease and stay out of contact with others until their status is confirmed.

“One person can easily expose 1,000 people (without knowing it),” Ferrer said.

Ninety percent of people who are not immunized will come down with the measles if they come into contact with an infected individual, but the double-dose vaccine is highly effective and lasts a lifetime for those who have been immunized.