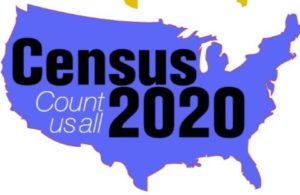 LOS ANGELES – The Los Angeles-based Coalition for Humane Immigrant Rights has announced a campaign aimed at tallying those hardest-to- count households throughout the state for the 2020 U.S. Census.

The launch of Contamos Contigo is scheduled to coincide with the U.S. Supreme Court’s hearing on the inclusion of a citizenship question on the upcoming census.

As part of the campaign, CHIRLA will use its position as a source of information in the Latino and immigrant communities to engage Latino residents, immigrants, refugees and people who are not fluent in English in the year preceding the census, the organization said.

More than $700 billion in federal dollars for health care, education, child care, housing, and highway construction are on the line for this census, according to CHIRLA, which contends that immigrant, Latino, refugee and limited-English communities have a history of being undercounted.

Contamos Contigo will work to lift these communities so they can be included in decisions about budgets and electoral districts, CHIRLA said.

“We begin this campaign, intentionally, on the eve of the Supreme Court’s citizenship question hearing, because we see this racist policy for what it is and we are fighting it, in the courts and in our neighborhoods,” said Angelica Salas, CHIRLA’s executive director. “CHIRLA is a plaintiff in one of three lawsuits brought to put a halt to this proposed policy, and we will be watching the court’s ruling closely. However, we will encourage our community to take part in the census regardless of what the Supreme Court says.”

U.S. Commerce Secretary Wilbur Ross has said that he added the question after he received a letter from the Department of Justice that said the data was needed to properly enforce civil rights laws.

CHIRLA aims to engage more than 2.7 million people with the campaign, using its extensive community education network to hold forums, workshops and demonstrations at schools, library branches, and resource fairs to educate hard- to-count communities about the census.