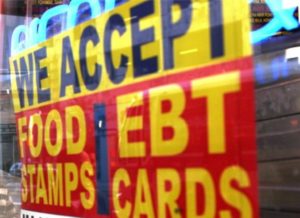 LOS ANGELES – The operator of a Palmdale convenience store pleaded not guilty Thursday to charges stemming from an alleged $6 million food stamp scam.

Yessica Raquel Garay, 37, is charged along with two other convenience store operators, Maria Teresa Ramirez, 37, and Ramirez’s mother, Maria Magdalena Salgado, 54, who each pleaded not guilty at an earlier court hearing.

Garay — whom prosecutors say worked for Ramirez at her Palmdale store before taking over the business — also is charged with two counts of Supplemental Nutrition Assistance Program (SNAP) fraud.