PALMDALE – One of the biggest selling female groups of all time, TLC will perform their Grammy winning blend of pop, hip-hop and urban soul at Palmdale Amphitheater on Saturday, July 13, as part of the City of Palmdale’s summer concert series.

Parking is free. Gates, concessions, beer and wine will open at 6 p.m., and happy hour specials will be offered until 7 p.m. VIP concert floor is standing only; preferred seating includes a chair (theater-style, first-come, first-served); and general admission is bring your own chair or blanket.

Tionne “T-Boz” Watkins, Rozonda “Chilli” Thomas, and the late Lisa “Left Eye” Lopes brought immortal anthems such as “Waterfalls,” “Creep,” “No Scrubs,” and “Unpretty,” to name a few, as well as sales of 70 million records worldwide and four GRAMMY Awards®. The VH1 original film CrazySexyCool: The TLC Story chronicled their rise and broke records as the highest-rated television film premiere of 2013 and the highest-rated original premiere on the network. 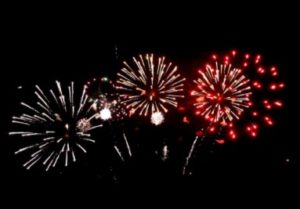 Palmdale’s summer concert series will also include Freedom Celebration & Fireworks, an incredible musical and visual experience that returns to the Palmdale Amphitheater on Saturday, June 29.

Kicking off the evening will be a tribute band to the late Rock & Roll Hall of Famer Tom Petty, Petty & The Heartshakers, who will perform classics such as “Refugee,” “American Girl,” “Free Fallin’,” “Breakdown,” “Don’t Do Me Like That,” and many more.

“This group is an incredibly organic, yet accurate version of the great Tom Petty and The Heartbreakers and should not be missed,” said Palmdale’s Director of Recreation & Culture Keri Smith.

Following the performance will be the fireworks show choreographed to patriotic music.

Tickets for Freedom Celebration & Fireworks go on sale Friday, April 12 at www.PalmdaleAmphitheater.com. Admission is $5 for ages 13 and up. Free admission tickets are available for children 12 and under, and must be ordered online and presented at the entry gate. Children 12 and under must be accompanied by an adult/guardian. Gates will open at 5 p.m. Parking is free. Due to the large expected attendance, carpooling and alternate forms of transportation are encouraged.

Food and beverage concessions will be available on site. Attendees are encouraged to bring blankets and/or low back chairs to sit on. No outside food, fireworks, alcohol, pets or EZ ups are allowed.