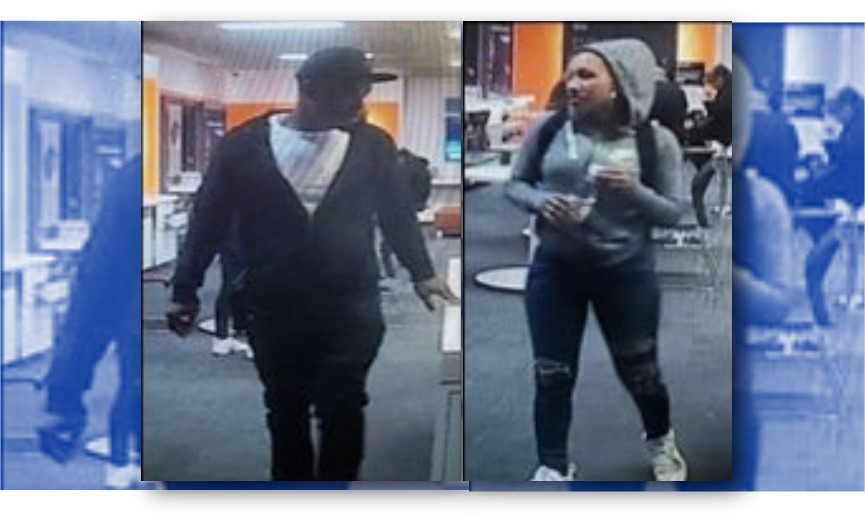 The suspects are wanted for grand theft.

They are accused of stealing from the AT&T store located at 38003 47th Street in East Palmdale. The theft occurred around 7:44 p.m. on March 25, according to an LASD bulletin.

“Suspects left in a dark green, two-door Honda Accord,” the bulletin states.

Anyone with information on the identity or location of these suspects is encouraged to contact Detective Hall at 661-272-2456. To remain anonymous, call Crime Stoppers at 800-222-TIPS(8477). 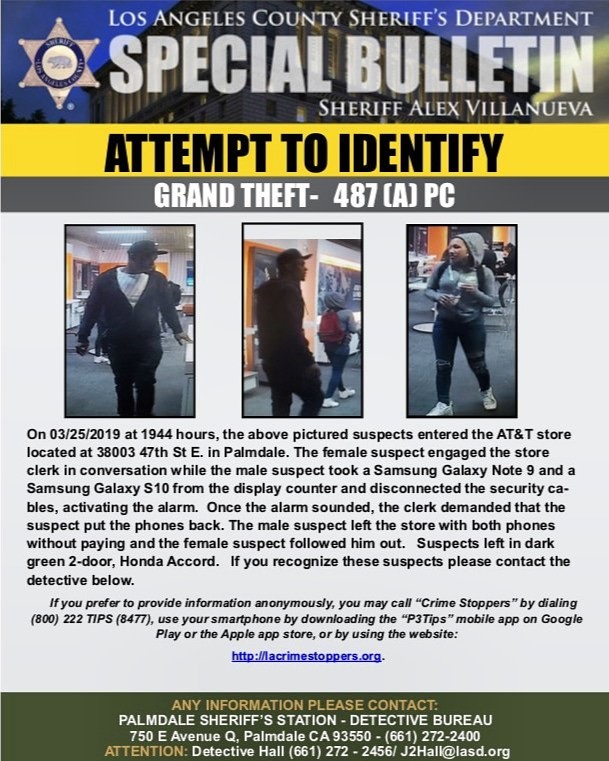