PALMDALE – Palmdale Sheriff’s Station detectives are asking for the public’s help to identify two men accused of attacking a cashier and then stealing a six-pack of beer from a convenience store in Palmdale.

The incident happened on March 3 at the Chevron Gas Station and convenience store located at 37167 N. Sierra Highway, according to an LASD bulletin.

The two suspects entered the store to purchase beer but they did not provide identification when asked.

“When the victims refused to sell them beer, the suspects grabbed Red Bull cans from the fridge and threw them at the cashiers. [One of the suspects] took the six-pack of beer and both suspects fled the location in four-door silver Mercedes Benz sedan,” the sheriff’s bulletin states.

Anyone with information on the identity or the location of these suspects is encouraged to contact Palmdale Sheriff Station’s Detective Valadez at 661-272-2475. To submit anonymous tips, visit http://crimestoppers.com or call 1-800-222-TIPS. 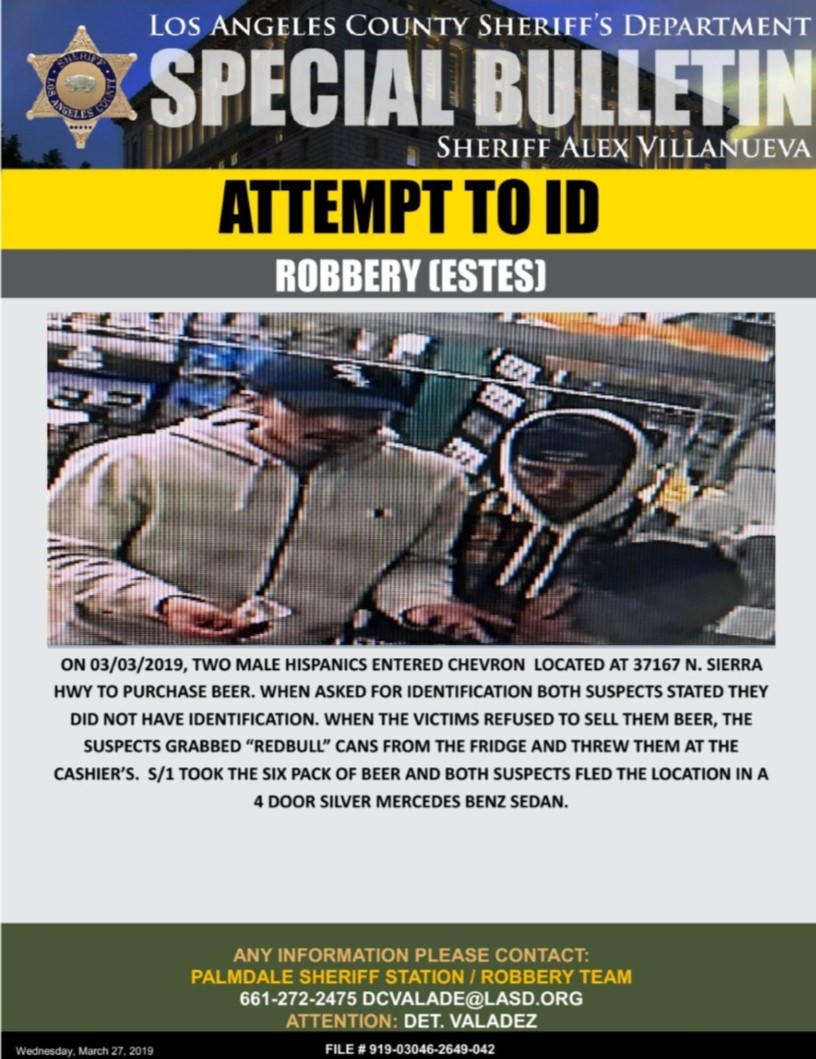