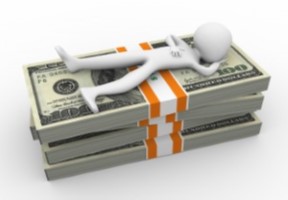 LOS ANGELES – The Los Angeles County Board of Supervisors raised concerns Tuesday about as much as $79 million in unspent state funding intended to reduce juvenile delinquency, voting to expedite a scheduled audit of the problem.

“It is unacceptable that nonprofits dedicated to supporting youth are underfunded while millions of dollars meant for them are going unused,” Hahn said. “We need immediate clarity on these funds and a plan to get them out into the community as quickly as possible.”

Supervisor Mark Ridley-Thomas, who co-authored the motion, said the problem of unused funds had persisted through five different probation chiefs.

“These youngsters are precious to us all and we know they need help,” Ridley-Thomas said. “It is baffling as to why there are still delays.”

Hahn and Ridley-Thomas both warned that the county might risk losing state dollars if it didn’t correct the problem. The Probation Department typically receives about $30 million annually for this purpose.

However, Probation Chief Terri McDonald and Chief Deputy Sheila Mitchell, who oversees services for juvenile offenders, said all but roughly $13 million of the state monies had been allocated, if not spent outright.

For example, $12 million has been earmarked for the relatively new Office of Youth Diversion, but Mitchell said the agency asked the probation department to hold the dollars in reserve as it built capacity.

Auditor-Controller John Naimo, attending his last board meeting before retiring from his post, said he expected about $31 million to remain unspent at the end of the fiscal year on June 30. All but 20 percent of that total was spoken for, Naimo said.

The Juvenile Justice Coordinating Council is tasked with overseeing the state funding and has come up with a plan that shifts a big chunk of dollars from county services to community-based organizations. That plan doesn’t match up with the programs included in the budget presented by the Probation Department, according to Hahn.

Some members of the JJCC raised concerns about specific line items, something McDonald challenged their authority to do.

JJCC At-Large Community Representative Marcus Castain asked why $11 million was budgeted for school probation officers even as the county backed away from “pre-probation” for kids with school-related issues who haven’t broken any laws.

“As community groups, we don’t understand that,” Castain told the board.

A spokeswoman for Hahn cited the District Attorney’s Program to Abolish Chronic Truancy as another example of an outdated solution for at-risk children.

The D.A.’s website describes the program as “a series of escalating interventions with students and their parents all designed to return the child to school. The consequences grow if parents fail to direct their child back to school. If a truant student’s attendance does not improve, a jail sentence may be imposed.”

McDonald asked for a legal opinion on the limits of JJCC’s authority to direct spending, while Castain said probation wasn’t designed to be a grant- making organization and needed support to effectively allocate funding.

The board didn’t respond directly to McDonald’s request, but Supervisor Sheila Kuehl had her own take on what seemed to be a contest between probation and JJCC to control spending.

“In my opinion, too much money runs through probation,” Kuehl said.

The Probation Department has a May 1 deadline to present a budget to the state.