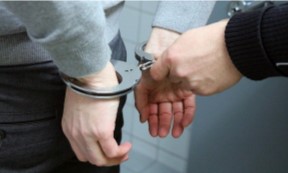 When a person with a drug addiction problem is arrested for a drug- or alcohol-related offense, they may have access to a rehabilitation program as an alternative to jail time. Examples of such crimes include drunk driving and drug possession. After evaluating the case, the judge can suggest treatment for the offender instead of sending them to jail.

However, not every offender qualifies for this sentencing. In most cases, the court considers first-time offenders. That’s because these are less likely to be involved in other crimes in the future. Additionally, the court sees alcoholism and drug addiction as a disease for which the offender doesn’t have control.

Why drug criminals are mandated to undergo rehabilitation

Offenders with good standing in their communities may qualify for particular rehab instead of jail. Basically, the court hopes that when the offender undergoes treatment, they will sober up. These measurements will reduce the possibility of committing the same crime.

Ideally, the involved jury believes that it’s better to have such offenders out of jail or prison. Therefore, the judge sentences them to undergo long-term rehabilitation. Most non-violent and peaceful convicts and individuals with minor convictions are eligible for this sentence.

Court ordered drug treatment becomes a good measurement for offenders when the involved individual is committed to getting sober and clean. Such a person is ready to undergo rehabilitation and have a conviction in their record. The crime can be removed from the record of the offender after completing the mandated rehab successfully. However, research shows that it might be ineffective and in violation of human rights.

About the author: Jefferey Buckley is a blogger who investigates human health issues and behaviorist anthropology. He researches substance abuse problems and the ways to overcome addictions. He currently works as a writer on Addiction Recourse.

1 comment for "Choosing between jail or treatment: When do court-ordered rehabs become a good measurement for offenders?"