LANCASTER – Sheriff’s detectives are asking for the public’s help to locate a 27-year-old Lancaster man who went missing Sunday and suffers from depression.

Nathaniel Marcel Allmond was last seen at 5:40 p.m. Sunday, March 10, when he left his home on the 42800 block of Willow West Court, according to a news release from the Sheriff’s Information Bureau.

“Mr. Allmond suffers from depression, and his family is concerned for his well-being,” the news release states.

Anyone with information on Allmond’s whereabouts is encouraged to contact Sgt. Mike Rodriguez in Missing Persons at 323-890-5500. 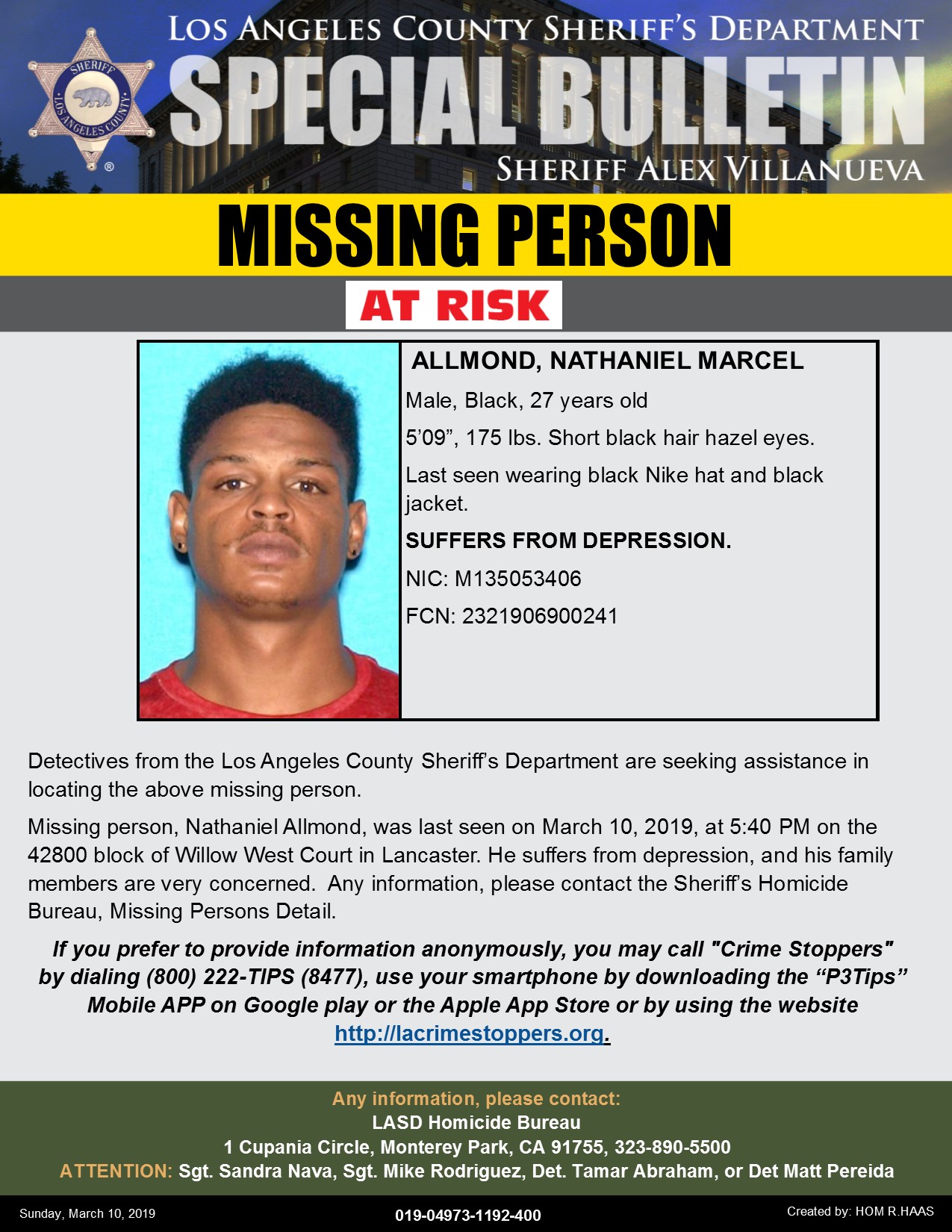