LANCASTER – A 13-year-old Lancaster girl who went missing in mid-February has been found, authorities announced Saturday.

Skylar Mannie is safe and being reunited with her family, according to a news release from the Lancaster Sheriff’s Station.

“This is an ongoing investigation and no further details will be released at this time,” the news release states.

Skylar voluntarily left her home in Lancaster on Feb. 14, and someone matching her description was reportedly seen on Feb. 15 at Target near 10th Street West and Avenue K.  Authorities continued to circulate her bulletin, and the local detective on Skylar’s case worked around the clock until the 13-year-old girl was found, officials said in the news release.

“We’d like to give a big thank you and job well done to Lancaster Sheriff’s Station Detective B. Tanner who has worked day and night, following up on every lead until he located Skylar,” the news release states.

“Thank you to our community for your ongoing efforts in sharing Skylar’s picture and circulating her bulletin. Together, we make a great team,” the news release states. 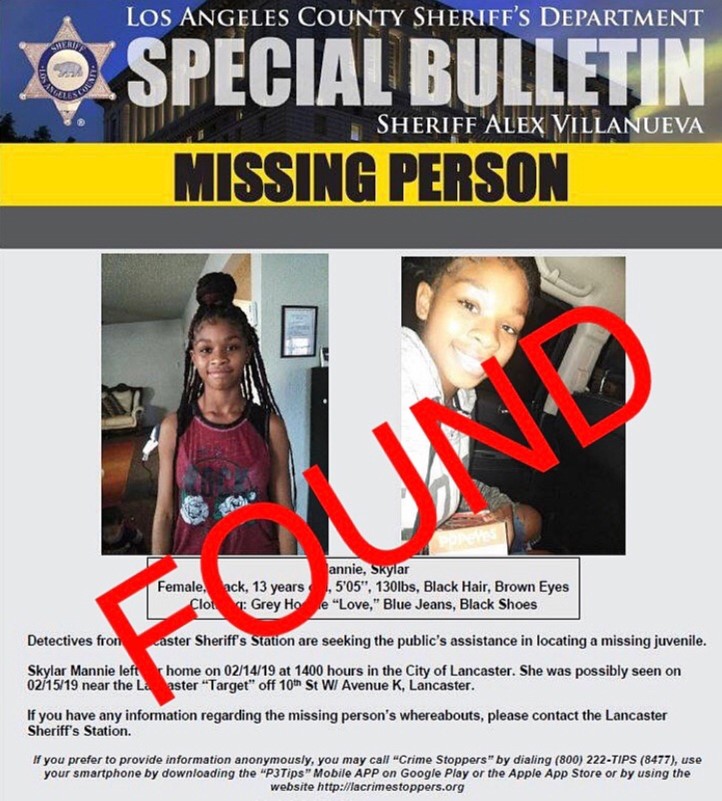