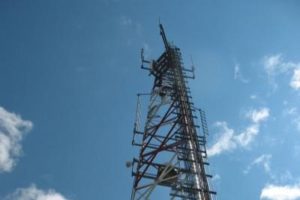 Supervisor Janice Hahn recommended an ordinance to, at minimum, regulate the height, location and design of new towers.

“County residents have seen a huge explosion of cell towers being installed in their neighborhoods, at their children’s schools and outside their bedroom windows,” Hahn said. “I have heard from residents who are concerned — not just because they are unsightly — but because they worry about potential health effects. We need to be able to regulate where these towers can go and protect communities from an over concentration.”

To date, wireless towers have been regulated similarly to radio and television transmission towers.

There are some limits to what the county can do because local jurisdictions are prohibited by the Federal Communications Commission from denying any application based on health concerns if the proposed tower meets FCC guidelines.

“Unfortunately, the federal government has a preemption … the FCC has made it incredibly clear .. that we do not have the ability to regulate based on real or perceived health impacts,” Regional Planning Director Amy Bodek told the board.

Supervisor Hilda Solis said standards could help ensure equal treatment of communities countywide. Towers in some neighborhoods are carefully camouflaged as trees or combined with street lights, while other communities have a glut of unsightly equipment.

“We need to see some equity,” Solis said.

5G, or fifth-generation technology, is expected to offer exponentially higher speed wireless access and the ability to connect more devices simultaneously. But it also requires more cell sites in a denser network than required by 4G.