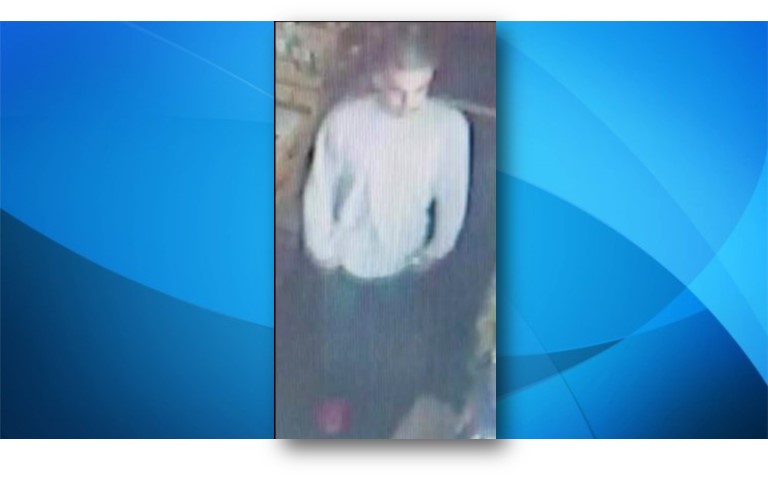 LANCASTER – Detectives from the Lancaster Sheriff’s Station are seeking the public’s help to identify the man in this image.

The suspect, believed to be white or Hispanic, is accused of stealing a vehicle, which has since been recovered, according to a news release from the Lancaster Sheriff’s Station.

Anyone with information on the identity or location of this suspect is encouraged to contact Detectives Mohr or Maloney at 661-948-8466. 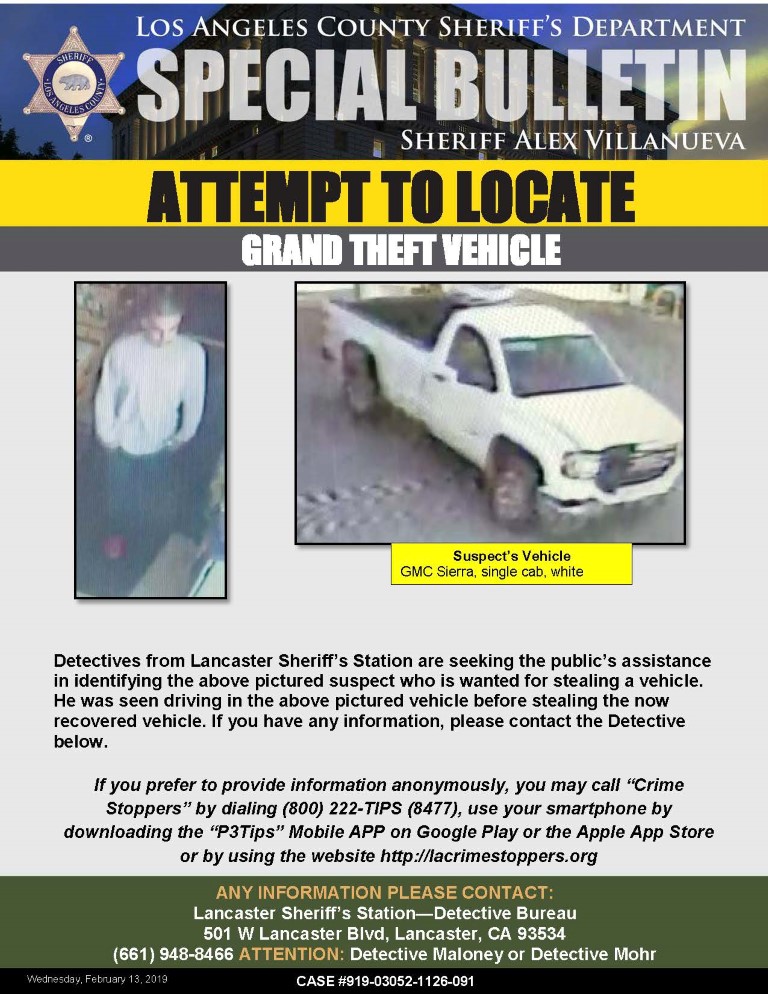