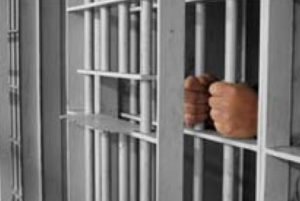 LOS ANGELES – The Los Angeles County Board of Supervisors Tuesday postponed discussion of a report by the Office of Inspector General that raises concerns about overcrowded jails, poor quality of medical and mental health care for inmates and the persistence of dangerous social cliques in the Sheriff’s Department.

While none of those issues are new, the OIG report, which was released this month, highlights uncertainty about how effective Sheriff Alex Villanueva will be in tackling the problems. [View the report here.]

One question is how cooperative the new sheriff plans to be in sharing information with the watchdog agency.

“Upon the new sheriff being elected, this office made a formal request to be notified of any action on ‘truth and reconciliation,’ the term the sheriff has used to describe his planned desire to rehire some deputies who have been fired for dishonesty or other misconduct, so that we could monitor the process. As of December 31, 2018, the Office of Inspector General has received no response,” according to the report.

The sheriff has already reinstated one deputy — a man who helped Villanueva win his post — who was terminated because of allegations of domestic violence and stalking and then lost an appeal to the Civil Service Commission.

Villanueva’s unilateral move drew harsh criticism last month from the Board of Supervisors, which asked county lawyers to figure out what recourse was available.

The sheriff, uncowed, said at the time there were a half-dozen similar cases that he planned to pursue, assuring board members they would agree with him once they heard the details.

As for secret cliques within the department, the OIG’s report took a more optimistic tack, saying Villanueva could be a catalyst for solving a decades-long problem.

“This failure has been going on for fifty years and is not the fault of any one sheriff or of the employees of the department. However, because we have a new administration, we have an opportunity to resolve the problem permanently now,” the report states. “The department should consult with deputy unions and the (Civilian Oversight Commission) and implement a policy prohibiting membership in organizations which advocate violation of laws, policy and civil rights or which conceal their nature and membership,” the OIG report states.

Under former sheriff Jim McDonnell, the department took steps to shut down clubs in the custody division but stopped short of department-wide action, according to the OIG, which described a “centrally organized code of silence” among deputies. As evidence, it notes that despite multiple ongoing internal investigations, “this office believes that the number of deputies who have been asked to date about the membership of these groups or their nature is zero.”

The OIG report covers the period from Oct. 1 to Dec. 31, so many of its findings about use-of-force data and in-custody deaths predate Villanueva’s term, which began Dec. 3.

It offers a stark assessment of jail overcrowding.

“Our jails contain too many prisoners to be properly run by the number of staff, custody and medical, assigned to them,” the report states.

That results in an increasing use of force — though the OIG also says department data on use-of-force incidents is unreliable — inadequate inmate welfare, and breakdowns in medical and mental health care. Examples cited include chaining mentally ill individuals to benches in the Inmate Reception Center for prolonged periods of time and women inmates being forced to wear paper underwear for two months because of a mix-up in ordering supplies.

There were six inmate deaths during the three months under review. Three involved inmates of the Twin Towers Correctional Facility, most of whom had some medical or mental health issues, and one of those three was described as a suicide. None were related to a use-of-force incident, according to the OIG, which said it was concerned about the quality of care and poor coordination between jail guards and health care personnel.

There was some good news. Deputies involved in multiple shootings have been under increased scrutiny and some have been removed from the field. In 2016, 34 percent of deputies involved in shootings had been involved in one or more previous shootings. In 2017, that ratio dropped to 19 percent and in 2018 to 3 percent. There were four deputy-involved shootings during the three months in question, three of which involved armed suspects and none of which appeared to result in a fatality.

The report also provided use-of-force data, but with so many caveats that it is hard to draw conclusions beyond the report’s statement that incidents are on the rise. However, the OIG and court monitors have previously said that the kind of bone-breaking violence seen during Sheriff Lee Baca’s tenure and leading to lawsuits and federal oversight is now a very rare occurrence.

Villanueva has reported dramatic increases in the use of force as well as inmate attacks on deputies to challenge the success of reforms instituted by McDonnell. The OIG and others have challenged the accuracy of that data and raised concerns that the numbers will be used to justify rolling back changes.