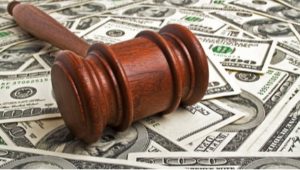 LOS ANGELES – On the same day it called for more gender-responsive programming in county jails and decided to scrap plans for a new women’s jail in Lancaster, the Los Angeles County Board of Supervisors approved a $950,000 payout to settle yet another claim by a woman alleging she was sexually assaulted by a deputy at the Century Regional Detention Center.

The board approved the settlement Tuesday, Feb. 12, without comment and, because of the nature of the matter, lawyers did not provide any details of the circumstances.

Using the boilerplate language common to virtually all county settlement agreements, county counsel warned of the risks and uncertainties of litigation.

The woman was represented by Brian Dunn of The Cochran Firm, according to county documents.

The payout comes just three months after the board agreed to a $3.9 million settlement with three other women who made the same claim.

Two of those women named Deputy Giancarlo Scotti — now charged with multiple felony counts for sexual assault — as their attacker, saying he separately forced each of them to have oral sex and raped one of them. The plaintiffs, one of whom was pregnant at the time of the alleged assault, cited the county’s deliberate indifference to their safety in claiming civil rights violations.

Both women said authorities retaliated against them after they reported the attacks, revoking privileges, amping up security and isolating them from other inmates.

Scotti is facing six felony counts and two misdemeanor charges involving alleged assaults on a half-dozen female inmates in the Lynwood jail between March and September 2017. If convicted as charged, he could be sentenced to more than seven years in prison.

Because the women’s names are not disclosed in the criminal complaint, it is not clear whether those alleged victims include the women who settled with the county.

Scotti was placed on administrative leave and an investigation was started immediately after one of the women told an instructor about the alleged assault, according to then-Sheriff Jim McDonnell.

The board separately approved a motion by Supervisors Hilda Solis and Sheila Kuehl calling for a targeted study of why women end up in county jails and what steps can be taken to keep them out of the criminal justice system.

The motion cited a Vera Institute of Justice report finding most women are jailed for low-level, non-violent offenses and are twice as likely to be jailed for petty theft and 63 percent more likely to wind up behind bars for simple drug possession than men.

The five most common charges women face in Los Angeles County are drug possession, driving on a suspended license, petty theft, failure to appear in court and driving under the influence, according to Kuehl.

“Those are not the crimes of the century, usually,” Kuehl said. “But they’re certainly enough to disrupt and devastate a family.”