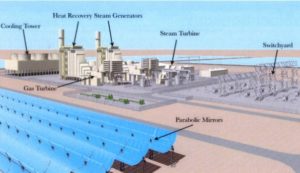 “Local residents are contending with some of the worst ozone and PM pollution in the country; EPA’s decision allows massive more health-damaging air pollution to be spewed into the air we breath,” said Jane Williams, executive director of California Communities Against Toxics. “EPA seems determined to keep the wheels on this highly polluting, jalopy technology.”

In response, the EPA said that it looked forward to arguing its position before the appellate panel.

In approving the permit, the agency not only rejected the use of battery-storage technology to reduce emissions but failed to accurately account for cumulative emissions in the area, Williams said.

The Center for Biological Diversity, Desert Citizens Against Pollution, California Communities Against Toxics and Sierra Club appealed that permit decision to the EPA’s Environmental Appeals Board, which upheld the permit.

“The whole point of the air-permitting process is to limit new pollution in areas that are already suffering from bad air quality,” said Neil Carman of the Sierra Club. “By failing to consider new control technologies to reduce pollution when it reviewed this permit, EPA ignored the very purpose of the program.”

According to the Center for Biological Diversity, air pollution in the region would worsen as a result of the EPA’s approval of the permit.