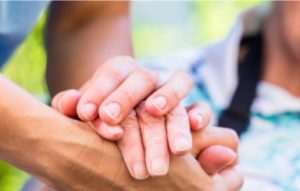 LOS ANGELES – The Los Angeles County Board of Supervisors voted unanimously Tuesday to explore the feasibility of a new department focused solely on serving older adults.

Supervisor Janice Hahn recommended the stand-alone department, suggesting it might be dubbed Seniors Advancing Gracefully Everywhere or SAGE. She said she wanted to focus on the strength, wisdom and dignity of seniors.

“I personally don’t like the word aging,” Hahn said. “We are growing older, there’s nothing wrong with that.”

“A county department dedicated to older adults would allow us to coordinate our work,” Hahn said. “It would give us the ability to be proactive (on) everything from housing, to mobility, to health, to mental health, to caregiving services, to independence and preventing social isolation.”

The county has been working to integrate those services for more than a decade, creating a Seamless Senior Services task force in response to a 2008 board request and instructing the Department of Workforce Development, Aging and Community Services in 2016 to collaborate across 20 departments on the Purposeful Aging Los Angeles Initiative.

The motion that passed Tuesday, Feb. 5, asks for the County’s Chief Executive Officer to report back to the Board in nine months after studying the feasibility of creating a standalone department, as well as determining what programs and services for older adults currently being performed by the County could be consolidated in this single department.  [View the motion here.]

“I want LA County to be a place where if you have to grow old, you’ll want to grow old in LA County,” Hahn said.