LANCASTER – Sheriff’s detectives are seeking the public’s help to find a 38-year-old California City man man who is wanted for questioning in a Lancaster homicide.

Manuel Berryman is wanted for questioning in the murder of Frank Borsotti, a 61-year-old Lancaster man who died  on Jan. 3, after he was attacked in the parking lot of a Jack in the Box, on the 43600 block of 10th Street West, according to the sheriff’s department.

Berryman is 6 feet tall and weighs about 300 pounds. He has brown hair and brown eyes, officials said.

Frank Borsotti was a caring family man who worked for Caltrans for 30 years. He leaves behind a wife of 40 years, six children and seven grandchildren, according to an online fundraiser established to help cover his funeral costs. To donate to this effort, visit: https://www.gofundme.com/frank-borsotti. 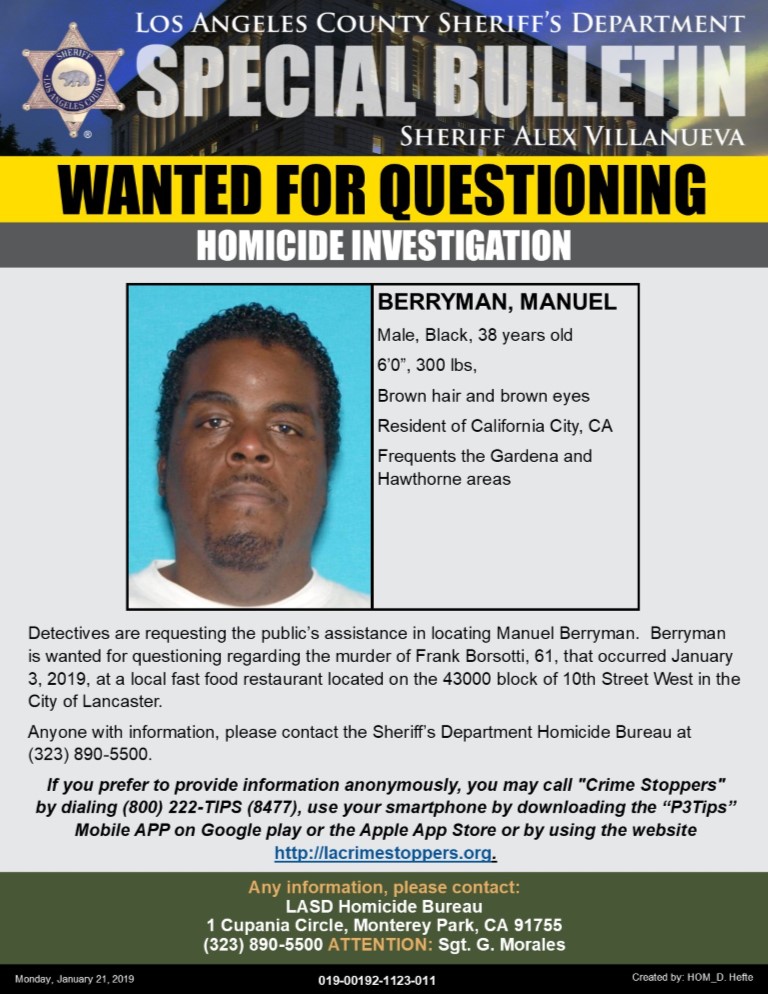