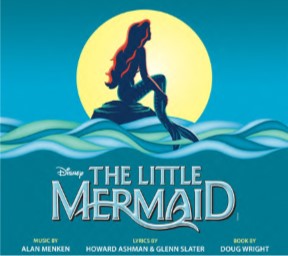 PALMDALE – Tickets are now on sale for upcoming performances of Disney’s The Little Mermaid, coming in March to the Palmdale Playhouse, located at 38334 10th St. East.

Tickets are available at www.PalmdalePlayhouse.com and are $20 for adults, $15 for seniors, student and military, and ages 12 and under.

A collaboration with the city of Palmdale, Palmdale Playhouse the Palmdale Repertory Theater, the play is based on the Hans Christian Anderson story and the Disney film produced by Howard Ashman and John Musker, and written and directed by John Musker and Ron Clements. It was originally produced by Disney Theatrical Productions.

King Triton’s youngest daughter Ariel, is unhappy with life in the sea. What she really wants is to be with the humans who live above the surface, and she often argues with her father over what he calls those “barbaric fish-eaters.” So, Arial meets with Ursula the Sea Witch to make a deal, but Ursula has other plans in store for this mermaid and her father.

“This fishy fable will capture your heart with its irresistible songs, including ‘Under the Sea,’ ‘Kiss the Girl’ and ‘Part of Your World,” said Palmdale Recreation Supervisor Annie Pagliaro.

2 comments for "Tickets on sale now for The Little Mermaid, coming to Palmdale Playhouse"