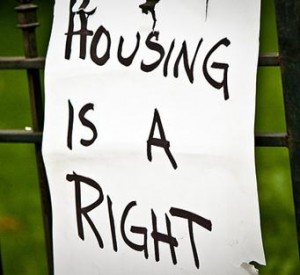 LOS ANGELES – The Los Angeles County Board of Supervisors voted unanimously Tuesday to spend $5 million to prevent housing discrimination, including drafting an ordinance to prohibit landlords from denying renters who use Section 8 vouchers.

“Implementation of the nation’s Fair Housing Act is 50 years overdue,” Kuehl said. “L.A. County is saying we will wait no longer. Discrimination in housing is exacerbating our housing and homelessness crisis by allowing landlords to discriminate and deny leases to families who want and can pay for housing.”

“The Board of Supervisors is tackling the pervasive housing discrimination that, for decades, has hampered the health, well-being and economic prosperity of too many Los Angeles County residents,” Ridley-Thomas said, later adding, “This board is saying we are prepared to stand up and call it what it is.”

The motion was spurred by a Community Development Commission/Housing Authority report that the county has a less than 3 percent vacancy rate and discriminatory practices limit options for renters with Section 8 vouchers.

The Fair Housing Act bans housing discrimination based on race, color, religion, sex, disability, familial status or national origin, but does not cover unequal treatment based on source of income. California law covers source-of-income discrimination, but does not include Section 8 vouchers.

“We need more housing, but we also need a level playing field that allows anyone who can pay for an apartment to be able to rent one,” said Chancel Al-Mansour, executive director of the nonprofit Housing Rights Center.

In addition to the ordinance and related enforcement, the county will look at other options for fighting discrimination, including landlord incentives, programs to expand low-income homeownership and the potential for acquiring properties to develop affordable housing.

A first step will be conducting a countywide gentrification study to determine where the need is greatest. Gentrification leading to rising rents is not only a problem in the most densely populated communities. The Antelope Valley, for example, has seen steep hikes in rental rates as residents unable to afford homes in central Los Angeles move north.

Expanding home ownership could mean helping residents keep their properties up to code standards or improving access to financing, among other options.

Residents who suspect discrimination can make a complaint to the Housing Rights Center’s hotline at 800-477-5977 or at www.hrc-la.org. Authorities are urging anyone reporting a problem to keep a detailed record of meetings and phone calls and save applications, business cards and other documents.