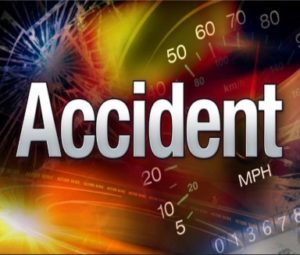 PALMDALE – A horse was struck by a vehicle and killed Thursday evening in the unincorporated Sun Village area, authorities said.

The animal had been tied up outside a store by its owner, but it somehow got loose and was struck about 5:30 p.m. Thursday, Dec. 27, in the area of Kanow Avenue and 90th Street East, a California Highway Patrol officer told a news photographer at the scene.

The store where the horse got loose was about a mile from where it was hit.

The woman in her 40s who was driving the 1994 Toyota Camry that hit the horse was injured in the collision and was taken to a hospital, the CHP reported. Her condition was not immediately available.

The horse died at the scene.

An animal control officer at the scene said the rider or owner of the horse could be fined up to $1,000 for allowing the horse to get loose on a public street.

12 comments for "Horse hit, killed by vehicle in Antelope Valley"