LANCASTER – The sheriff’s department is looking for a 16-year-old girl who went missing in Lancaster and hasn’t been seen for more than two weeks.

Layyana Hawkins was last seen on Dec. 9, when her mother dropped her off at a Taco Bell restaurant, according to the Los Angeles County Sheriff’s Department.

She told her mother a friend was going to pick her up to spend the night, Deputy Armando Viera Jr. of the Sheriff’s Information Bureau said.

Layyana refused to come home the following day and is believed to have taken a train to Los Angeles, Viera said. 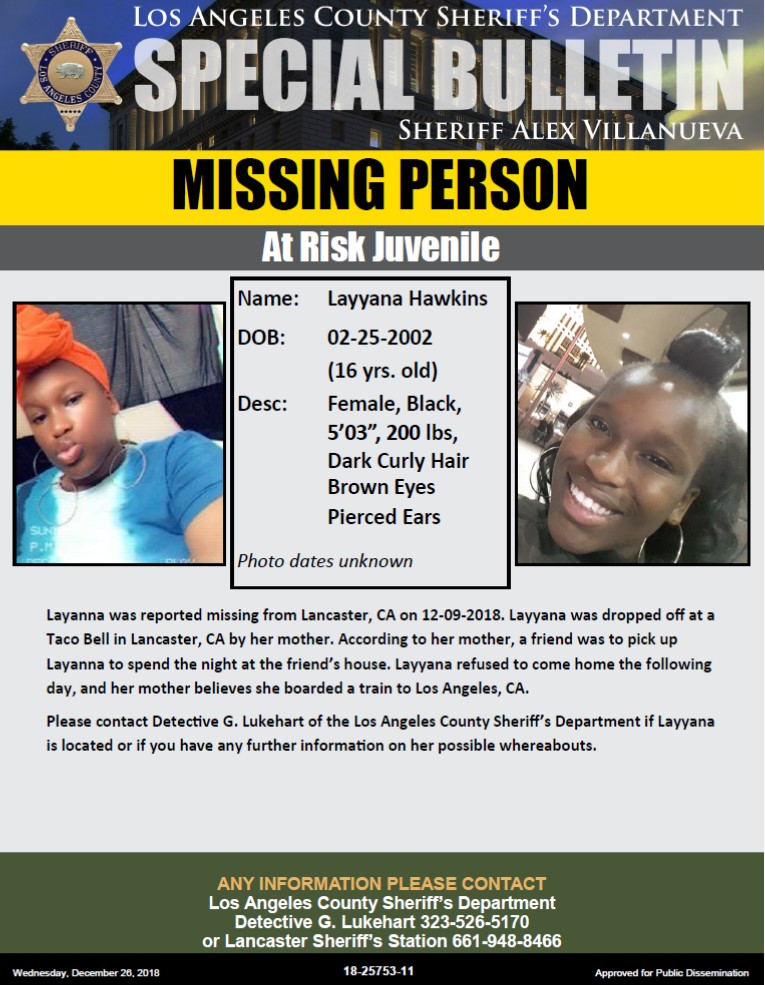