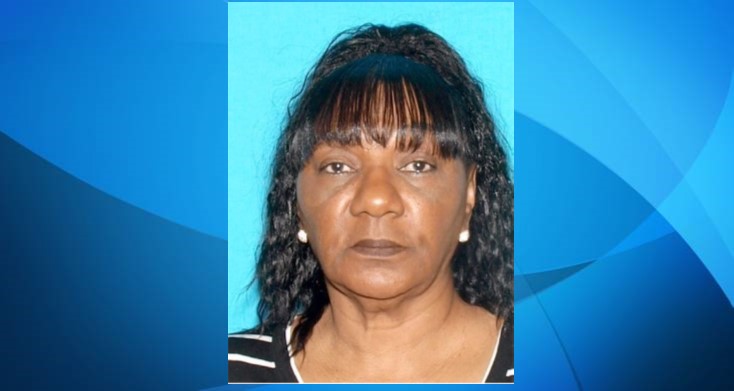 LOS ANGELES – Authorities are seeking the public’s help to find a Lancaster woman who went missing after receiving medical treatment near downtown Los Angeles nearly a month ago.

“Ms. Lindsay suffers from bipolar disorder, hypertension, kidney problems, and is in cancer remission,” a sheriff’s statement says. “Her family has not seen or heard from her (and) they are very concerned.” 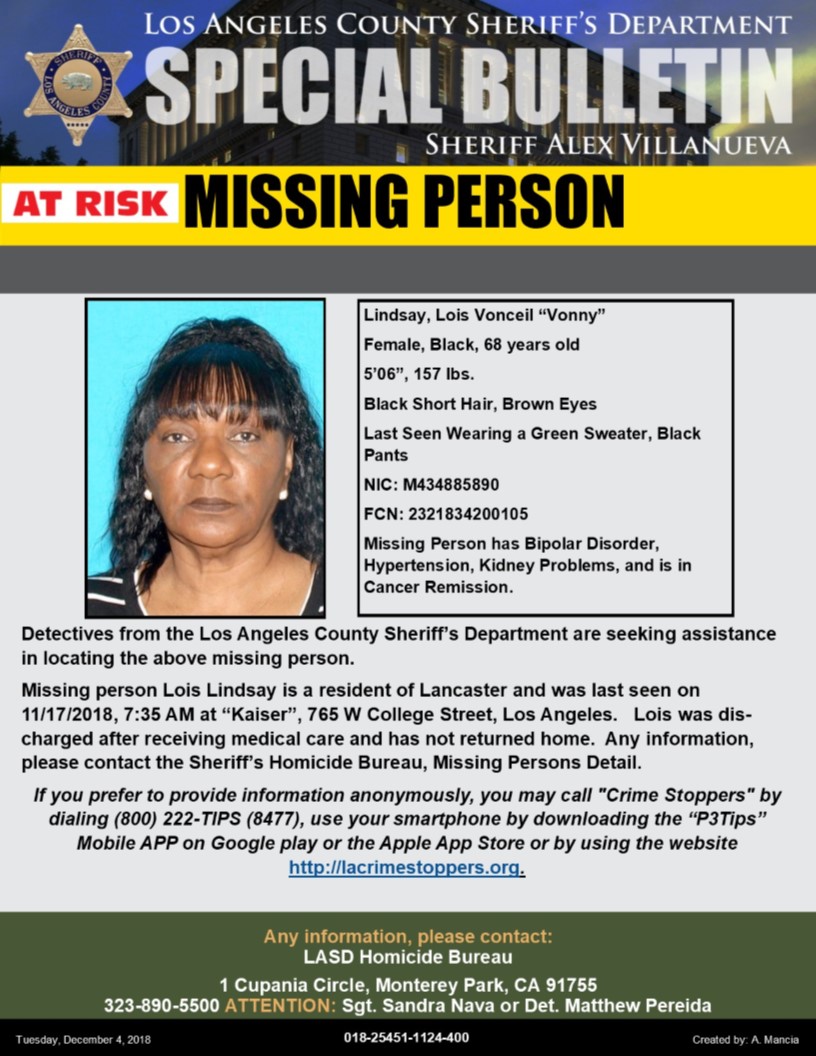