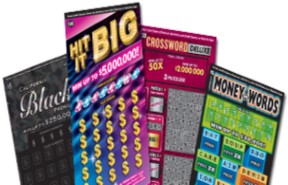 LANCASTER – Authorities are searching for two men suspected of running into a liquor store in Lancaster Friday night and grabbing a display case containing $15,000 worth of California Lottery Scratchers.

The incident was reported around 8:20 p.m. Friday, Nov. 16, at a business on the 43100 block of 20th Street West, according to Lt. T. Bruner of the Los Angeles County Sheriff’s Department’s Lancaster Station.

Responding deputies were told the two men had made off with the display case, according Bruner said.

A detailed description of the suspects was not disclosed.

A videographer at the scene said two employees, a woman in her 40s and a man in his 60s, were in the store at the time of the robbery. Neither was hurt.