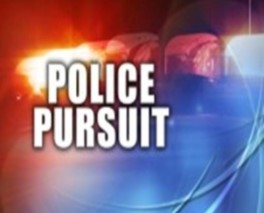 PALMDALE – A boy fleeing from a California Highway Patrol officer crashed into a palm tree at a Palmdale gas station and died, authorities said.

The 2005 Nissan Altima sedan was originally pursued for speeding and multiple unsafe lane changes on the Antelope Valley (14) Freeway. The driver began to yield on the Palmdale Boulevard off-ramp then failed to stop at a red light and accelerated at a high rate of speed, CHP Officer J. Helble said.

The sedan failed to stop at the intersection of Division Street, almost collided into a vehicle, lost control and crashed into a palm tree, Helble said.

It was not known if alcohol or drugs were a factor in the crash, the officer said.

The juvenile driving the sedan was pronounced dead at the scene, Helble said. His name was not released pending notification of relatives.

17 comments for "Juvenile flees from CHP, killed in crash in Palmdale"