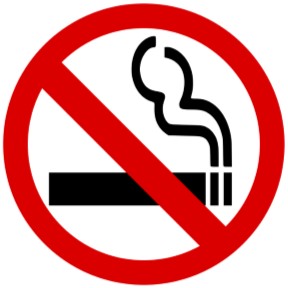 LOS ANGELES – The Los Angeles County Board of Supervisors asked its lawyers Wednesday to draft an ordinance banning tobacco shops in residential areas and near schools, parks and youth centers.

Supervisor Mark Ridley-Thomas recommended the prohibition, calling it a “quality of life issue.”

The motion goes further than his earlier proposal to require tobacco shops — including retailers of electronic and flavored tobacco products — to obtain a county business license and limit sales near schools, parks and libraries.

“As we’ve implemented strategies to reduce use of cigarettes … the tobacco companies have been very creative in coming up with other strategies,” said Barbara Ferrer, who runs the county’s Department of Public Health.

“Insidious” advertising targets young teens by offering candy flavors in colorful packaging that taste like gummy bears, for example, Ferrer told the board.

Most smokers, who still represent one in 10 residents, started young, she said.

Local concerns mirror those of the Food and Drug Administration, which in September warned manufacturers and sellers of e-cigarettes to end sales to minors or risk having products pulled from the market and possible civil or criminal charges.

Federal law bans selling tobacco to anyone under 18.

The county board said the ordinance should reflect findings of an August report by the Department of Public Health. Nine recommendations in the report include revising the definition of tobacco products to include e-cigarettes and cannabis and completely banning the sale of menthol-flavored cigarettes and other flavored tobacco products, such as vaping liquids.

Bob Gordon of the San Francisco Tobacco-Free Coalition urged the board to take that last step, which San Francisco has already done.

“I’m hopeful that (L.A. County) will do its part to prevent a lifetime of nicotine addiction,” Gordon said.

A representative from a tobacco retailers group expressed concern that the focus on new products would be used as an excuse to “go after” well- established retailers.

Jaime Rojas of the National Association of Tobacco Retailers urged the board to “work with the retail community in finding solutions.”

Rojas also asked that the board merge this ordinance with one updating the scope of smoke-free county public spaces to avoid confusion.

Several residents told the board that shops selling tobacco products bring crime and drugs into the neighborhood.

The board called for a draft of the ordinance within six months.

“There’s no safe use of a tobacco product,” Ferrer said. “No exposure of tobacco is safe.”