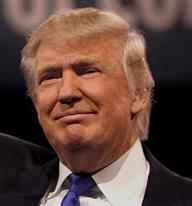 “Birthright citizenship is a right that is clearly enshrined in the U.S. Constitution — and it is a right in more than 30 other countries,” Solis said. “It is not something that Donald Trump could simply repeal through an executive order. No one, and certainly not the president of the United States, can defy the Constitution.”

Canada, Brazil and Mexico are among the many other countries that offer birthright citizenship. Nevertheless, during an interview with Axios that was released on HBO, Trump said, “We’re the only country in the world where a person comes in, has a baby, and the baby is essentially a citizen of the United States for 85 years with all of those benefits.”

He went on to call the constitutional protection “ridiculous,” saying “it has to end.”

Solis said the president’s comment — which she said flies in the face of his oath to protect and defend the Constitution — was an effort to motivate his base of supporters in advance of next week’s midterm elections.

“Like sending thousands of troops to the border to ‘protect’ the United States from starving families fleeing poverty and violence, this is yet another a political ploy ginned up by the White House only seven days before the most important midterm elections of our lifetimes,” Solis said.

She urged Americans to vote next week to make their voices heard.

“Well, you obviously cannot do that. You cannot end birthright citizenship with an executive order,” Ryan told a Kentucky radio station.

The Republican said it would require a “very, very lengthy” process to change birthright citizenship, which is offered by the 14th Amendment.