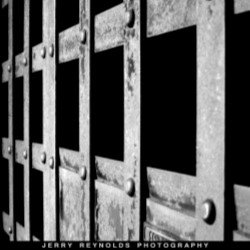 LOS ANGELES – A pilot program aimed at getting homeless people who commit low-level crimes into treatment or housing rather than jail cells is likely to be expanded, based on a vote Tuesday by the Los Angeles County Board of Supervisors.

Supervisor Sheila Kuehl said 42 of the 109 people enrolled in the pilot have since moved into in-patient substance abuse treatment programs or bridge or permanent housing. About 80 percent of those enrolled were homeless when they entered the law-enforcement assisted diversion or LEAD program.

“The county’s LEAD pilot program has demonstrated how smart and targeted interventions can reduce incarceration and homelessness,” Kuehl said. “For many people, the LEAD program can end the revolving door from jail to homelessness and back to reincarceration.”

The pilot is run by the county’s Office of Diversion and Reentry and was launched 10 months ago. The hope is that it will reduce recidivism while also decreasing homelessness.

Research on a similar program in Seattle showed that program participants were 58 percent less likely to be arrested in the two years after enrolling and 46 percent more likely to be employed or enrolled in a vocational training program or internship than a control group that didn’t participate.

“The expansion of the LEAD program directly addresses the causes of crime and elevates the broader needs of the individual, the family and the community,” Solis said.

The state provided $5.9 million in funding for the pilot and the county matched 10 percent of that total. The board’s vote directs county staffers to identify new service areas and funding to grow the program, but the motion didn’t specify the scale of the expansion.

A report back is expected in 90 days.