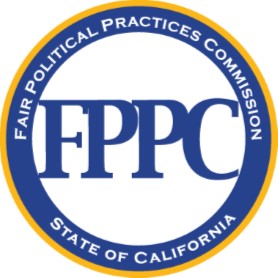 LOS ANGELES – The state’s political watchdog agency says Los Angeles County may have violated a California law regulating campaigns when it paid to run television ads in support of a homeless services tax ballot measure last year, it was reported.

After a recent hearing, the Fair Political Practices Commission found probable cause exists that members of the Board of Supervisors violated the law by not reporting what amounted to political expenditures supporting Measure H, the Los Angeles Times reported.

In social media posts and advertising, the county backed the measure for a quarter-cent sales tax by touting it as “real help” and “lasting change.”

The commission began investigating last year when the Howard Jarvis Taxpayers Association filed a complaint alleging that the county conducted an illegal political campaign, even though the messages stopped short of explicitly asking viewers to vote for the measure.

“This is obviously welcomed action by the FPCC. We have waited a long time for this,” Jon Coupal, the association’s president, said in a news release. “We hope these findings by the FPCC serve as a huge shot across the bow to all government entities in California not to abuse taxpayers by public funds for political activity.”

The commission’s move is a step toward declaring that the county and its board, by its actions, may have constituted a political committee required to report its expenditures on disclosure forms in accordance with the Political Reform Act, which California voters approved in 1974 after the Watergate scandal, The Times reported. The law regulates campaign financing, lobbying activity and conflicts of interest.

According to L.A. County Counsel Mary Wickham, county officials said they were “surprised and disappointed” by the FPCC’s finding, noting that it was preliminary and not a conclusion that the act had been violated. She said her office would “vigorously” defend efforts to educate residents about Measure H and efforts to combat homelessness, according to The Times.