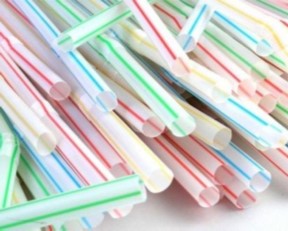 LOS ANGELES – Plastic straws may be available only on request in unincorporated areas of Los Angeles County — including Quartz Hill, Littlerock and Lake Los Angeles — beginning in January.

The Los Angeles County Board of Supervisors directed its lawyers Tuesday to draft an ordinance requiring all businesses that serve food or drinks to ask customers if they want plastic straws or stirrers rather than automatically providing them. It would apply only to businesses in unincorporated areas of the county, but many other cities have enacted measures of their own.

Malibu has banned the use of plastic straws, stirrers and utensils, while Santa Monica has adopted an even broader prohibition that includes plastic plates, trays, cups and other single-use containers that will take effect Jan. 1. More than 100 municipalities statewide have put some restrictions on single-use plastic products.

Starbucks has promised to discontinue using plastic straws in favor of new sippable lids and compostable straws. The company estimates that will eliminate the use of 1 billion straws annually, though some critics question whether the new lids use even more plastic.

Plastic litters beaches and waterways or ends up in landfills, and videos going viral on social media have focused on the harmful effects of plastic straws on marine life.

Supervisors Sheila Kuehl and Janice Hahn, who co-authored the county motion, pointed to the success of a 2016 statewide ban on plastic bags, saying it has reduced discarded bags on beaches by more than 60 percent without much impact on businesses and consumers.

The draft ordinance will come back to the board for a vote in time for it to potentially take effect Jan. 1.

4 comments for "L.A. County moves toward limiting use of plastic straws"