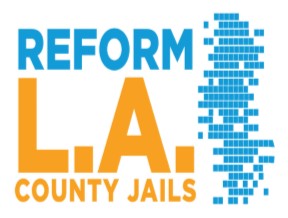 LOS ANGELES – A bid to grant subpoena power to the watchdog commission that oversees the Los Angeles County Sheriff’s Department will go to voters in March 2020, after failing to gain adoption by the Board of Supervisors Tuesday.

Backers of the “Reform L.A. Jails Initiative” gathered nearly a quarter-million signatures in support of the measure, which would also give the Civilian Oversight Commission a mandate to study reducing the county jail population and reallocating jail construction dollars into alternatives to incarceration.

“This movement is happening,” Megan Dobkin told the board. “(I’m) a 45-year-old white suburban mom who drives a minivan … and this movement has reached me.”

Supervisor Sheila Kuehl said more of the county’s 10 million-plus residents should be allowed to weigh in.

“I understand the hope that went into this initiative,” Kuehl said. “I personally think it should go in front of the voters.”

Members of the coalition behind the ballot initiative include the American Civil Liberties Union of Southern California, Dignity and Power Now, White People 4 Black Lives, Black Community Clergy and Labor Alliance, Black Lives Matter-Los Angeles and more than 140 other organizations, according to its backers.

Kuehl, the only board member to offer comment, said she believes the current arrangement, under which the Office of Inspector General acts as the investigative arm of the commission, provides more oversight.

But advocates for reform say the watchdog agency needs to be able to investigate deputy misconduct by demanding deputy testimony, records and evidence.

“The issue is that this body … lacks the immediate and real authority to do what they were tasked to do,” said Esther Lim of the ACLU of Southern California.

In a letter to the board, the county’s lead lawyer argued subpoena power would be ineffective in gaining access to more information, particularly given passage of Senate Bill 1421, which expands public access to records related to police shootings. Subpoenas for non-public information could be successfully blocked, County Counsel Mary Wickham said.

Because the OIG is not subject to the Brown Act, it is able to obtain confidential documents from the Sheriff’s Department and keep them confidential while using them to further investigations on behalf of the commission. The Civilian Oversight Commission cannot hold closed-door meetings.

In addition to increasing county costs, the measure would create more conflict in what is now a collaborative process, according to Wickham. “Collaboration between the OIG and COC (as well as the LASD) has been instrumental in effectuating reform in such areas as body cameras, compliance with the Prison Rape Elimination Act and identification of secret societies within the LASD,” Wickham said.

But advocates and community organizers pointed to continuing deputy misconduct, including sexual assault of female inmates, racial profiling and alleged drug trafficking by deputies, in urging the board to adopt the measure as written.

“The Civilian Oversight Commission needs additional authority to ensure transparency and accountability in law enforcement in L.A. County,” commission Vice-Chair Priscilla Ocen said in a statement. “It will allow the community to ask important questions and to demand answers so that we can respond and ensure that we have an equitable system of policing in L.A. County.”

Sheriff Jim McDonnell, who served on the Citizens’ Commission on Jail Violence before being elected to his post, opposes subpoena power for the watchdog group. McDonnell is up for re-election this November.

The “Reform L.A. Jails” measure would also authorize the commission to study ways to reduce the county jail population and examine the feasibility of directing funds earmarked for jail construction into mental health treatment, diversion programs, reducing recidivism and other community resources.

Opponents say it will continue to support a law enforcement system that disproportionately jails poor and minority residents who could be better served in the community.

The measure is slated for a vote during the statewide March 3, 2020 election.