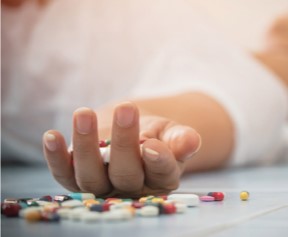 LOS ANGELES – Seeking to blunt the increase in opioid overdose deaths, the Board of Supervisors voted Tuesday to notify prescribing doctors when a patient dies of an opioid overdose.

“This is a creative and easy strategy that will save lives and I am eager to implement it in L.A. County,” said Supervisor Janice Hahn, who recommended the program.

In 2017, 488 Los Angeles County residents died from opioid-related overdoses, according to board documents.

Notifying doctors about the deaths can make them think twice about prescribing dangerous drugs, according to research by the county’s chief medical examiner-coroner, Dr. Jonathan Lucas.

“Awareness works,” Lucas said. “Alerting doctors about patient overdose deaths is a unique opportunity for the department to have an impact on public health, effect change and potentially save lives.”

The letters — drafted to be informative, non-judgmental and educational — will alert providers about the potential dangers of opioid medications and how common death from misuse of these medications is in Los Angeles County.

Alerts will be sent to all prescribers who wrote an opioid prescription to the deceased that was filled within the 12 months prior to a fatal overdose.

The county will only send letters in overdose cases that are deemed accidental. And staffers plan to reach out to various stakeholders, including medical associations and the Department of Justice, before sending the first letters in December.

Lucas’ research study, published in the journal Science, is available at http://science.sciencemag.org/content/sci/361/6402/588.full.pdf.

The Department of Justice recently announced $1.4 million in federal funding for Los Angeles County to help combat the opioid crisis. That money is designated to support partnerships between first responders and treatment providers and to leverage information from public health and public safety databases to identify potential solutions.