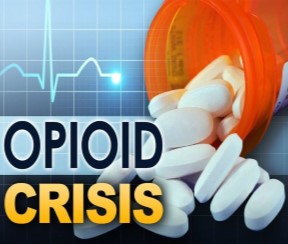 “President Trump has made ending the opioid crisis a priority for this administration, and under his leadership, the Department of Justice has taken historic action,” Attorney General Jeff Sessions said in a statement. “We are attacking this crisis from every angle — and we will not let up until we bring it to an end.”

More than 72,000 Americans died of drug overdoses in 2017, up from roughly 64,000 overdose deaths in 2016, and prescription and illegal opioids are the main driver of those deaths, according to the Centers for Disease Control and Prevention.

The administration’s plan includes money for prevention, treatment and enforcement and Sessions said it would help crime victims, children, families and first responders.

The DOJ said it has assigned more than 300 federal prosecutors and 400 DEA task force officers to fight the drug crisis in America, leading to criminal charges in 2017 against more than 3,000 defendants for trafficking in heroin, fentanyl or prescription drugs.

Operation Synthetic Opioid Surge is a new federal program aimed at reducing the supply of deadly synthetic opioids in high impact areas and the department has also developed a data analytics program to detect abuse by doctors and pharmacies.

In addition, the administration’s “Safe Prescribing Plan” mandates a 10 percent reduction in manufacturing quotas in 2019.

Both the rate and rate of increase of opioid overdose deaths is higher in the eastern half of the United States, with the highest rates of death in West Virginia, Ohio, New Hampshire, Pennsylvania and the District of Columbia, according to the latest available data on the CDC website from 2016.

Los Angeles County was granted $500,000 to support partnerships between first responders and treatment providers plus $870,000 to leverage information from public health and public safety databases to identify potential solutions.

The Antelope Valley Partners for Health was separately awarded $749,801 to expand programs for children victimized as a result of the opioid crisis.