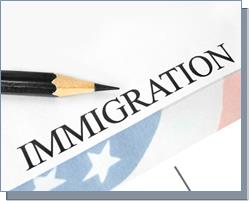 LOS ANGELES – Los Angeles County officials are getting ready to oppose a controversial Trump administration proposal that could deny permanent residency or citizenship to immigrants who use public assistance programs.

The Board of Supervisors is expected this week to consider sending a letter to federal leaders asserting that the proposed rule would cause “significant harm” to the county and its residents, the Los Angeles Times reported.

At issue are so-called public charge rules that have long been a part of the immigration system, in which federal officials consider whether visa applicants might use public assistance or whether those seeking permanent legal status or citizenship have accepted it in the past. But the Trump administration has proposed expanding the number of programs — and the financial thresholds of assistance — that might weigh against such applicants, sparking criticism among some immigration activists.

The letter of opposition, if approved, would be part of a broader strategy by the county to respond to the rule, according to The Times. The letter was proposed by Supervisors Hilda Solis and Sheila Kuehl. [View their motion here.]