LOS ANGELES – A safety campaign aimed at getting owners of firearms to keep them secure was launched Wednesday by the Los Angeles County Sheriff’s Department.

At a news conference in downtown Los Angeles, Sheriff Jim McDonnell introduced three public safety announcements for the “If It’s Not Secure, It’s Not Safe,” campaign aimed at a preventing accidental gun deaths.

“This is not only common sense, but keeping firearms locked up is the law,” McDonnell said, adding that owners of guns must “balance access” to a weapon kept for personal safety “with safety of those that are in the home as well.”

He conceded the difficulty of striking that balance.

“Is it difficult? Yeah, maybe it is difficult, but it’s well worth the effort to be able to do that,” McDonnell said.

The PSAs — which “depict very different, realistic and moving scenarios” — will be run on the sheriff’s department’s 50 Facebook and 35 Twitter accounts, which reach eight million users, according to the department. One shows a young girl punching in a code to access a gun safe next to a bed where a woman is sleeping.

Keeping guns locked in safes isn’t good enough if the key or combination is readily available.

“Children often know where guns are stored at home and how to access them, even if their parents don’t think they do,” according to the sheriff’s department.

Citing a 2016 Centers for Disease Control and Prevention study, sheriff’s officials noted that improperly stored guns led to 3,000 children being unintentionally shot nationwide, 127 of them fatally. 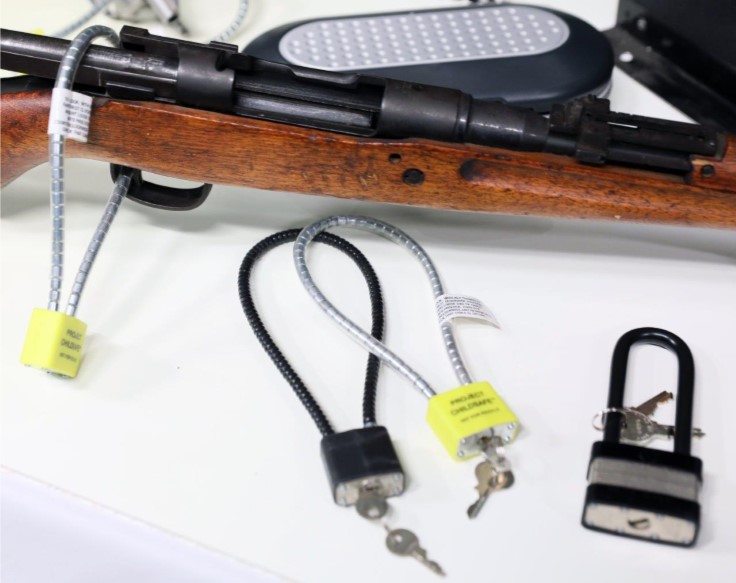