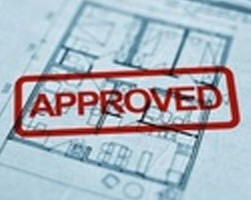 LOS ANGELES – The Los Angeles County Board of Supervisors voted 4-0 Tuesday to move forward with approvals for the first phase of NorthLake, a mixed-use development in Castaic opposed by environmental groups.

Supervisor Sheila Kuehl abstained from the vote, raising concerns about blocking the migration of mountain lions and other wildlife, as well as a plan to fill in a local creek that is a habitat for owls, toads and multiple bird species.

Supervisor Kathryn Barger, who represents the Fifth District where the development will be sited, stressed the need for affordable housing in the Antelope Valley.

“We must build 180,000 units per year to keep up with current demand, which is highly unlikely,” Barger said. “The main way we begin to tackle the affordability crisis in this county is to create more supply, and this project is a step in that direction.”

Barger said the project, which is expected to add 3,150 homes in two phases, plus office and retail space, would also spur additional investment in the area. (View project site maps here.)

A master plan for the project was adopted in 1992 and Barger said she had “seen the boarded-up businesses that were built in anticipation” only to be shut down when the recession hit.

To address environmental impacts, the developer has committed to set aside 10 percent of the housing units as affordable, build a public sports park and develop trails as part of the project’s preserved open space. The first phase of the project will build out 720 acres of the 1,330-acre site and parcels will be set aside for a school and community fire station.

“We took ownership of the project in 2013 and immediately started working to make the project smarter, greener, more sustainable, less dense and less impactful to the environment,” said John Arvin, a principal with NorthLake Associates LLC. “We have added solar energy and (electric vehicle) charging stations. We have added parks and trails and reclaimed water.”

The Santa Monica Mountains Conservancy, the Center for Biological Diversity and the Golden State Environmental Justice Alliance opposed the project and appealed an April decision by regional planners to approve it.

A statement issued by the Center for Biological Diversity after the board vote said the project would “ruin 1,000 acres of critically important habitat for imperiled animals in a wildfire-prone area of Santa Clarita Valley.”

Kuehl sided with the environmentalists, saying she wasn’t convinced that the developer had done enough to address their concerns.

“I do not support this,” she said.

A spokesman for the center threatened a lawsuit.

An attorney for the developer countered that the site is not a wildlife corridor because the Golden State (5) Freeway and Castaic Lake are close enough to pose as barriers to wildlife movement in the area. He called the claims of environmentalists without merit.

While regional planners billed the project as walkable and the developer has agreed to privately fund a shuttle service to offsite employment, opponents said it was being built in an area with few jobs and would create long commutes.

“L.A. County has no business allowing new communities in isolated, undeveloped open space that would expose new residents to a high risk of wildfire,” Middlemiss said.

The board’s vote indicates its intent to adopt the supplemental Environmental Impact Report (view it here) and deny the appeals. The board directed its lawyers to draft the necessary documents to approve a parcel map and conditional use permit for the site.