LANCASTER – A 71-year-old man is accused of sexually battering a woman in Lancaster and authorities are asking any additional victims to come forward.

The suspect, Charles “Chuck” Mosman, allegedly sexually battered a woman in May of 2018, according to a news release from the Lancaster Sheriff’s Station.

“Detectives are seeking potential additional victims in and around the Lancaster area, with the incidents occurring throughout 2018. Detectives also believe the suspect may be dissuading victims from coming forward to make a report,” the news release states.

Specific details on the accusations against Mosman were not immediately released.

If you or anyone you know is a victim of Mosman, contact Detective Clark at Lancaster Sheriff’s Station at 661-948-8466.

“While this may be an uncomfortable, scary and potentially embarrassing crime to report, we are here to help. Please contact authorities,” the news release states.

Anyone with information about this incident is encouraged to contact the Lancaster Sheriff’s Station at 661-948-8466. To remain anonymous, call Crime Stoppers at 800-222-TIPS (8477). 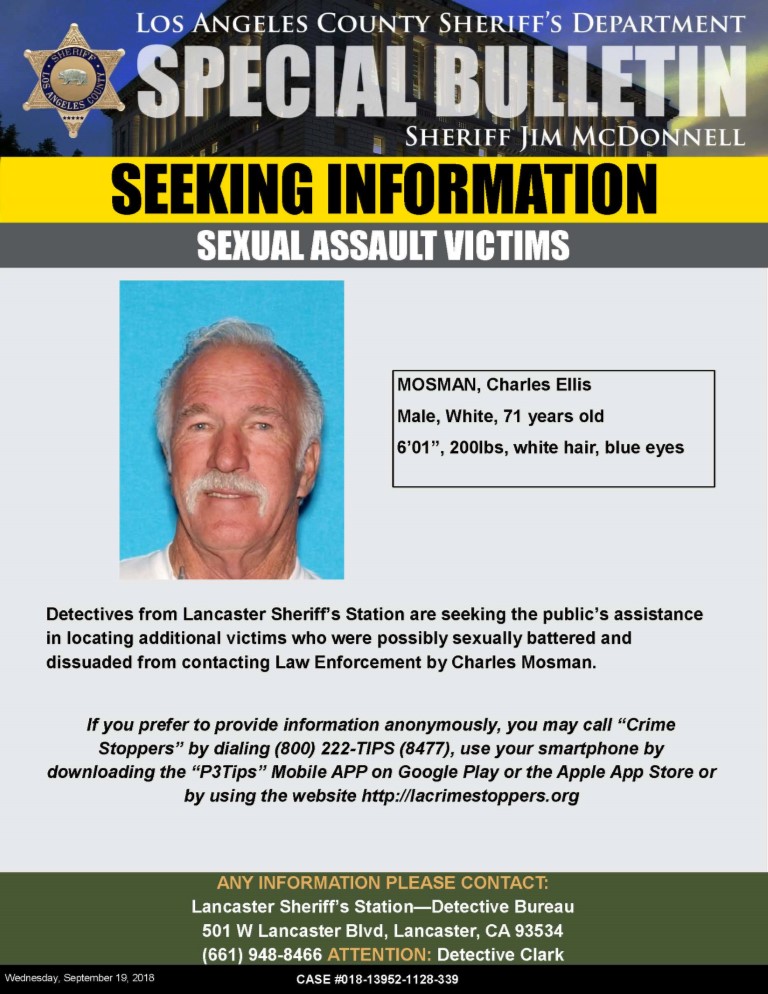 31 comments for "Man accused of sexual battery, other victims sought"