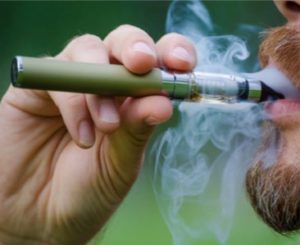 Ridley-Thomas said he will ask for an ordinance that would require tobacco shops — including retailers of electronic and flavored tobacco products — to obtain a county business license that would be tied to new regulations.

A report last month by the county’s Department of Public Health included nine regulatory recommendations in addition to revising the definition of tobacco products to include e-cigarettes and cannabis. The recommendations include prohibiting the sale of menthol flavored cigarettes and other flavored tobacco products, as well as banning new tobacco retailers near schools, parks and libraries.

The FDA announced an aggressive action last week warning manufacturers and sellers of e-cigarettes to end sales to minors or risk having products pulled from the market and possible civil or criminal charges.

Federal law bans selling tobacco to anyone under 18.

The county health department also recommended support for efforts to reduce the use of cigarettes in films rated for youth. State Senate Resolution 143, which was referred back to an Assembly committee after an earlier failed vote, encourages the Motion Picture Association of American to give an “R” rating to almost any new film that shows tobacco use.