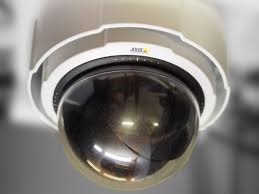 LOS ANGELES – Sheriff Jim McDonnell has halted plans to add audio capability to surveillance cameras in courthouse lock-ups in response to concerns about attorney-client privilege, authorities told the Board of Supervisors Tuesday.

Supervisor Sheila Kuehl recommended sending a letter to McDonnell to ensure he understands the board’s position on the issue.

“While we acknowledge your legal authority over the jails, the audio recording of inmates in this location (satellite lock-up facilities) creates significant concerns because attorney/client communications regularly occur in these areas,” the letter reads.

Interim Public Defender Nicole Davis Tinkham told the board that an attorney in her office first discovered the use of recording devices on July 3 in a courthouse conference room regularly used for conversations with clients.

The Los Angeles Times reported that a prosecutor assigned to a kidnapping and assault case involving three defendants asked Los Angeles police officers and a sheriff’s sergeant to put the recording device in place on the 14th floor of the Clara Shortridge Foltz Criminal Justice Center. Another prosecutor on the case, the LAPD, and the sheriff’s department told the newspaper the device was intended to capture conversation between the defendants, not privileged discussions with their lawyers.

The public defender’s office moved to “aggressively litigate the matter,” Tinkham said, and a special master appointed by the court took the recording under seal to review it for any privileged communications.

“Having any potential of my communications with my clients being recorded is something I could never have fathomed before,” said Tinkham, who worked as a civil litigator before being appointed to temporarily lead the public defender’s office.

The sheriff’s department “instantly instituted a policy that banned all recordings” in court conference rooms without a court order, according to Tinkham.

Each of the two conference rooms at the Criminal Justice Center accommodates about seven inmates. Given the lack of space and volume of cases at the crowded courthouse, attorneys often discuss possible plea deals and other issues with their clients in satellite lock-ups adjacent to courtrooms.

As Tinkham’s office investigated further, staffers found video surveillance cameras in the courthouse lock-ups and the area between the courtrooms and the lock-ups and a plan by the LASD to add audio capability to those devices.

Warren Asmus, McDonnell’s chief of staff, assured the board that the plan had been put on hold.

Asmus added that his boss “takes this very seriously” and “understands the constitutional right of attorney-client privilege.”

Supervisor Kathryn Barger said she spoke to McDonnell on Monday night and was convinced he was committed to solve the problem, but added she recognized the need for security.

“Security is paramount when it comes to our courthouses … both for the sheriff’s staff and for people who are being held there,” Barger said.

She noted that Orange County recently revealed a similar issue with recording jail conversations between inmates and their lawyers and suggested that such potential breaches of attorney-client privilege may be systemic statewide.

Tinkham said the concern about attorney-client privilege was particularly critical for clients of her office because they are typically too poor to bail out of jail, while “people who have the means and can bail out” can easily have private conversations with their lawyers.

“Clients in this instance are simply vulnerable,” Ridley-Thomas said. “There needs to be no equivocation about how this gets buttoned up.”