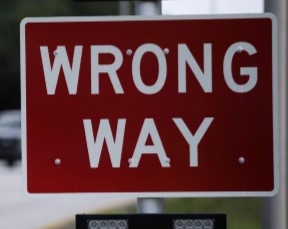 AGUA DULCE – A motorist suspected of driving the wrong way on the Antelope Valley (14) Freeway near the Vasquez Rocks County Park in Agua Dulce Saturday was taken into custody.

Details are still sketchy, but California Highway Patrol officers were en route to an area sheriff’s station at 6:21 a.m. Saturday, Sept. 15, with the suspect in custody, said CHP Dion Conley. The suspect’s identity was not immediately released.

The incident began around 2:29 a.m. when the CHP was notified of a possible wrong way driver on the northbound freeway at Agua Dulce Canyon Road, with a report of a vehicle going about 40 to 50 miles southbound in the northbound carpool lane.

The vehicle then went into the “slow lane” and struck the center divider.

At some point the vehicle struck a white Kia. It was not known whether there were any injuries.

The CHP reported at 2:47 a.m. Saturday that a CHP unit “had the suspect at gunpoint facing westbound” and the roadway was cleared at 2:50 a.m.

No further information was immediately available.