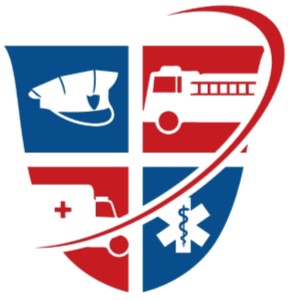 LOS ANGELES – Pointing to a rise in the number of suicides among first responders, the Los Angeles County Board of Supervisors voted Tuesday to review county policies and services aimed at preventing suicide and treating post-traumatic stress disorder among emergency and crime scene personnel.

Supervisor Kathryn Barger recommended the review and cited a recent report by the Ruderman Family Foundation that found firefighters and law enforcement officers were more likely to die by suicide than in the line of duty.

The number of firefighters and law enforcement officers nationwide who took their own lives in 2017 outnumbered all line-of-duty deaths, according to the study.

“These brave men and women face extremely tough situations every day, sacrificing so much to save the lives of others — they deserve our help to save theirs,” Barger said.

Dozens of firefighters turned out to support the call for more resources by the president of the International Association of Fire Fighters Local 1014, Dave Gillotte. The IAFF is currently in contract negotiations with the county.

Gillotte said officials talk about the problem but don’t do enough.

“I, like my peers out here, have seen many things I can’t forget,” Gillotte told the board, reminding the supervisors that county first responders often assist outside the jurisdiction, providing help in disasters ranging from floods to mass shootings.

Los Angeles County Fire Chief Daryl Osby said his department recently was rocked by a suicide, which was still difficult for him to talk about publicly and devastating for the department. He did not mention a name, but presumably was talking about Capt. Wayne Stuart Habell, who died of a self- inflicted gunshot wound last month on a canyon trail in Montecito.

“We thought we were doing all we could do to address this topic,” Osby said. “Obviously it isn’t enough.”

The department is going to have a three-day safety “stand-down” to educate firefighters on the issue and try to break down the stigma about asking for help, Osby said.

Dr. Jonathan Sherin, the county’s mental health director, said the day-to-day stress of the job can pile up.

“I don’t think the toxicity of the work is recognized as much as it needs to be,” Sherin told the board.

First responders may isolate themselves as they become depressed, so programs need to proactively identify potential victims, not just react to a real-time threat of suicide, Sherin said.

One in five firefighters suffer from PTSD, according to recent research cited by Gillotte, who added he believes the number is actually as high as one in three.

“It can take its toll on even the strongest individual,” the union leader said.

Gillotte emphasized the importance of confidentiality and said clinicians should be hired who understand the stresses of the job.

Recommendations to bolster existing programs are expected back in 90 days. The plan is expected to include training for peers and managers to better recognize the warning signs of trauma and risk of suicide.