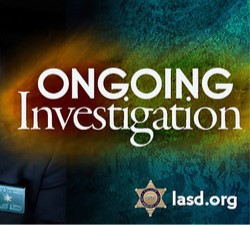 LANCASTER – A man died Saturday morning after he was rear-ended by a vehicle while riding his bicycle in Lancaster, authorities said.

The crash happened around 6 a.m. Saturday, Aug. 25, on Avenue K, east of Standridge Avenue, according to a news release from the Lancaster Sheriff’s Station.

“For an unknown reason, the vehicle swerved to the right, crossing into the bicycle lane. The vehicle hit the bicyclist from behind… The bicyclist was subsequently launched forward,” the news release states.

The bicyclist was transported to a hospital where he died from his injuries. His name has not yet been released pending next of kin notification.

“At this time, driving under the influence of alcohol or drugs is not a factor in the collision. The vehicle’s speed is being investigated,” the news release states.

4 comments for "Bicyclist killed by vehicle in Lancaster"