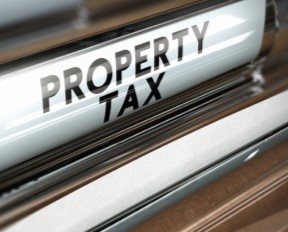 LOS ANGELES – Backers of a proposed initiative that could dramatically increase taxes on commercial and industrial properties by undoing some protections imposed by 1978’s Proposition 13 submitting thousands of petition signatures Tuesday in hopes of getting the issue before voters in 2020.

Members of Schools and Communities First, the statewide coalition backing the initiative, held news conferences in Los Angeles and other locations around California to announce the submission of about 850,000 signatures to county registrars’ offices. The group needs 585,407 valid signatures to get the proposal on the statewide November 2020 ballot.

The group had initially been trying to get the measure on this November’s ballot, but opted to delay two years.

Proponents say the California Schools and Local Communities Funding Act would raise up to $11 billion a year, with the proceeds going toward schools and local infrastructure.

The Howard Jarvis Taxpayers Association — the namesake of which authored Proposition 13 — has blasted the proposed initiative as a tax grab. Other opponents, such as state Board of Equalization member George Runner, warned that the idea of a “split roll” would do more harm than good. He noted that if property taxes sharply rise on commercial properties, the owners will pass along the costs to tenants, such as small business owners who will pay the price in terms of increased rent, and those costs will eventually be passed on to consumers.

“The fanciful fiction of split roll is that business owners pay more, yet homeowners will somehow remain unaffected,” Runner said recently. “In truth, when prices rise that burden falls squarely on everyday people. If you’re running a laundromat you can’t absorb dramatic increases in rent. You’d be forced to pass those costs on to your customers.”

A recent report by the state Legislative Analyst’s office found that the measure could generate $6 billion to $10 billion a year. But the report also warned there could be side effects such as businesses relocating or opting not to move to the state in the first place, so the initiative’s actual impact is difficult to assess.

Proponents insist, however, that the measure will close a tax loophole and restore funding for schools and services such as parks, libraries, health clinics, trauma centers, affordable housing and homeless services.

“We can no longer afford to keep giving billions of dollars in tax breaks to millionaires, billionaires and big corporations,” according to proponents.