LANCASTER – Sheriff’s detectives have released images of the pickup truck that struck a man in Lancaster during the early morning hours of Aug. 4, and they’re seeking the public’s help in finding the hit-and-run driver.

The collision occurred around 2 a.m. Saturday, Aug. 4, on Lancaster Boulevard near Elm Street, according to a news release from the Sheriff’s Information Bureau.

“Detectives have learned the male adult victim was standing in the street on Lancaster Boulevard talking to the occupants of a black sedan, which was parked on the south curb line. A full-size white truck, late model Chevrolet or GMC, possibly 2500 or 3500, was driving east on Lancaster Boulevard at speeds in excess of the posted 15 mph speed limit. The truck struck the victim and stopped before speeding away from the scene towards Sierra Highway,” the news release states.

The victim, identified as 22-year-old Rodney Tyrone Richard, was transported to a hospital where he died of his injuries.

“Witnesses at the scene were not able to get a license plate for the truck… Lancaster Station Traffic Investigators need the public’s assistance to locate the white truck and identify the driver,” the sheriff’s news release states.

Anyone with information regarding this collision is encouraged to contact Traffic Investigator Detective Ryan Bodily at Lancaster Sheriff ‘s Station at 661-940-3811.

UPDATE: Authorities have released security video of the truck believed to be involved in the hit-and-run death. View the video here. 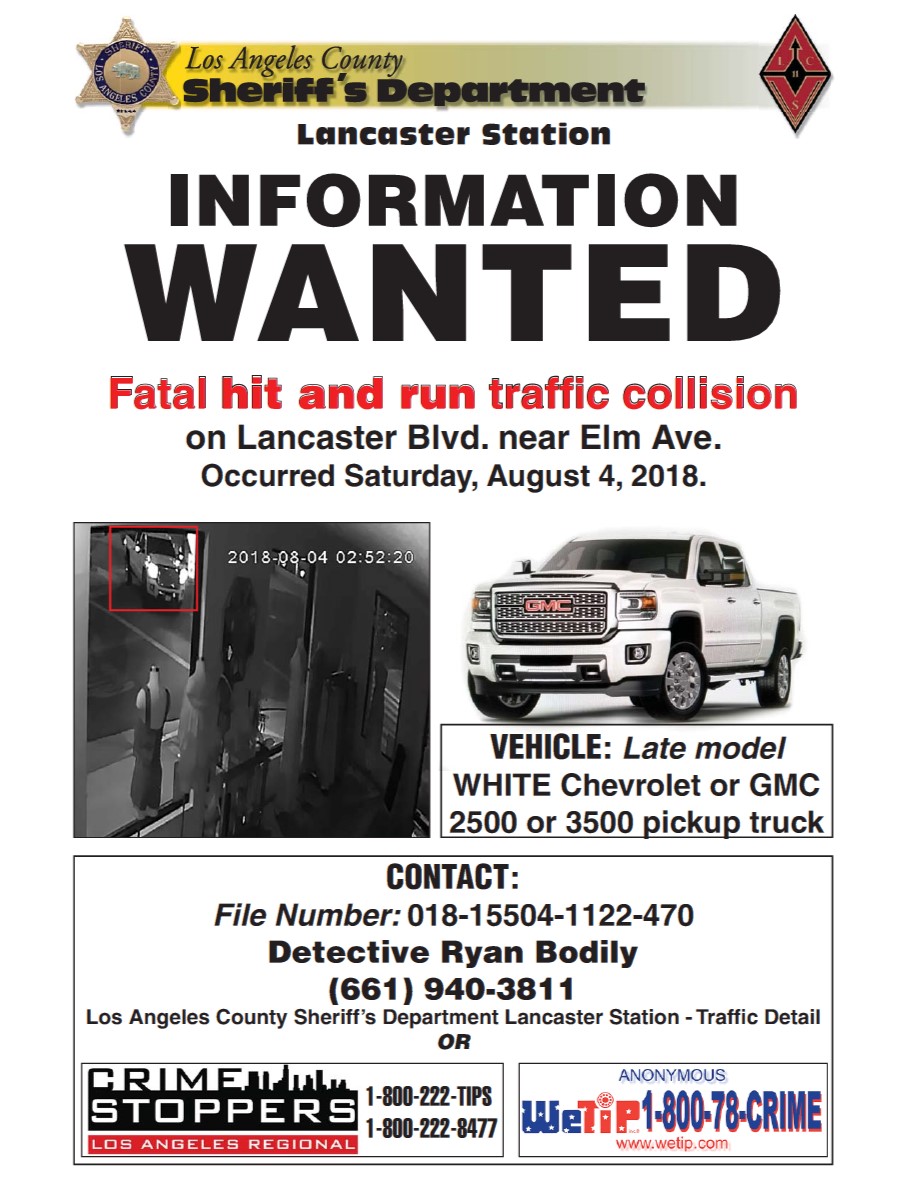