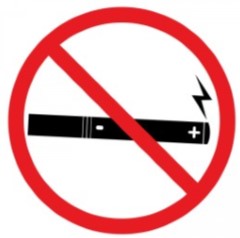 LOS ANGELES – Smoking has been banned at Los Angeles county parks for more than a decade, and the Board of Supervisors Tuesday took the first stop toward extending the prohibition to include e-cigarettes and marijuana.

A motion co-authored by Supervisors Sheila Kuehl and Hilda Solis highlights the use of e-cigarettes by teens as a growing public health concern.

Selling flavors like bubble gum, cotton candy, apple juice and sour gummy worms has helped drive market growth among young smokers and e-cigarettes are now the most commonly used form of tobacco by American youth, according to a 2016 report by the U.S. surgeon general.

The motion was approved without comment from the board, but several people spoke out in favor of it, complaining about second-hand smoke and children’s exposure. At least one retailer objected, saying that e-cigarettes help people stop smoking traditional cigarettes, which she deemed more hazardous to health.

The supervisors’ motion noted studies finding lower level of carcinogens in aerosol from e-cigarettes, but pointed out other harmful chemicals in the mix, including benzene and heavy metals.

State laws which outlaw smoking in all enclosed public places were expanded to include e-cigarettes in 2016. Last year, Gov. Jerry Brown vetoed bills that would have prohibited smoking at state parks and beaches, saying they were too coercive.

The supervisors directed county lawyers to report back in 30 days with recommendations on adding both e-cigarettes and marijuana to countywide smoking bans, including the possibility of more closely regulating the sale of e-cigarettes to minors.

Smoking marijuana in public is prohibited statewide, but Kuehl and Solis suggested that including cannabis in county ordinances could cover loopholes that might otherwise arise.