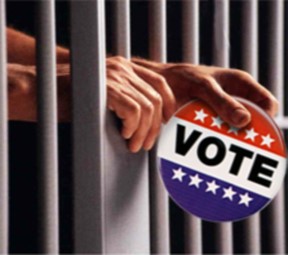 LOS ANGELES – Mindful that many county jail inmates and probationers have the right to vote, the Los Angeles County Board of Supervisors Tuesday approved the creation of a task force to register as many of those voters as possible in advance of the November election.

Supervisors Mark Ridley-Thomas and Sheila Kuehl co-authored the motion, saying they were determined to counter misinformation that disenfranchises those would-be voters.

There are “still rampant misconceptions about voters’ rights,” Ridley-Thomas said.

The registrar-recorder/county clerk’s office has already done some outreach through its Voting While Incarcerated program, but relies on the sheriff’s and probation departments as well as outside agencies — such as the American Civil Liberties Union of Southern California and the nonprofit A New Way of Life — to get the word out.

Making sure “justice-involved” individuals understand their rights can reduce the likelihood that they will commit crimes in the future, Ridley- Thomas said.

California residents who are U.S. citizens and at least 18 years old are eligible to vote by mail from jail if they are awaiting trial on any charge or convicted of a misdemeanor. Probationers are also eligible to vote, whether in or out of jail.

Inmates in state prison for a felony conviction or on parole from prison are not eligible to vote, including those in county jail on a parole violation or awaiting transfer to prison.

When released from jail, residents must re-register to vote.

Supervisor Kathryn Barger said she supported increasing voter turnout. However, she also raised questions about the use of sheriff’s department inmate welfare dollars to fund the outreach effort, worrying that it might jeopardize other programs.

Inmate welfare funds are raised through proceeds of jail commissary sales and pay phone calls made by inmates and are used to pay for educational and other programs benefiting those in jail.

The county has 5.1 million registered voters, 69 percent of whom cast a ballot in the 2016 presidential election. Voter turnout for the last midterm election, in 2014, was less than half that number, according to information available through the registrar-recorder/county clerk’s website at lavote.net.

Voter turnout of county jail inmates in 2016 matched that countywide, with 69 percent of the 831 people who received ballots casting a vote, according to a report by the county’s chief executive officer.

Supervisor Hilda Solis said there was a sense of urgency around the voter outreach motion.

“We have a very important election cycle coming up,” Solis said.

The board’s vote was 4-0. Supervisor Janice Hahn did not attend the meeting.

A verbal report back is expected in 90 days, in advance of the November election, with a full written report to follow 30 days later