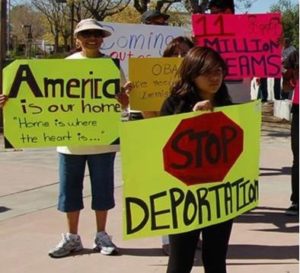 LOS ANGELES – The Los Angeles County Board of Supervisors Tuesday expanded a legal defense fund for immigrants accused of being in the country illegally to also be used to help children and parents who have been separated at the border by federal authorities.

“Los Angeles County has not stood idly by as this administration abuses children and their parents who are simply trying to escape poverty and violence,” said Supervisor Hilda Solis. “Family separation is cruel and a grave injustice for the more than 2,300 children who were physically torn away from their parents. … L.A. County will always stand with immigrants and asylum seekers.”

The L.A. Justice Fund is a public-private partnership created the County Board of Supervisors, Los Angeles Mayor Eric Garcetti, the Los Angeles City Council, California Community Foundation, and the Weingart Foundation. The fund has awarded $7.45 million to 17 Los Angeles based nonprofit legal service providers to provide representation for immigrants accused of being in the country illegally who are facing deportation.

The LA County Board of Supervisors voted for the fund to be used for children or parents separated at the border who have ties to the county.

For several weeks, the Trump administration’s “zero tolerance” policy on undocumented immigrants — including the now-rescinded policy of separating children from their parents when they are apprehended at the Mexican border — has sparked an international outcry.

President Donald Trump agreed to rescind the separation part of the policy in late June. On Friday, the U.S. Justice Department filed papers in Los Angeles federal court seeking to have the families held together, indefinitely, in detention centers.

According to the most recent information from the U.S. Office of Refugee Resettlement, 104 children who were separated from their parents are currently in Los Angeles County or the greater Los Angeles area. No separated child is currently in the custody or care of the County of Los Angeles, according to Supervisor Solis.

The Board of Supervisors approved the expanded criteria on a 3-0 vote. The votes do not change the provision that the fund cannot go toward helping those accused of violent felonies.

Said Supervisor Janice Hahn: “No one in this country, let alone a small child, should be forced to defend themselves in court alone.”

Defendants in immigration cases are not guaranteed the right to counsel because they are considered civil, rather than criminal proceedings.