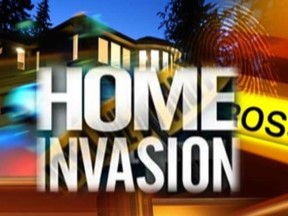 PALMDALE – A man and two women were robbed at gunpoint in their Palmdale home Sunday night, after returning from work at a restaurant, authorities said.

The home invasion robbery occurred at 10:15 p.m. Sunday, July 1, in the 2600 block of Trudeau Lane, according to Lt. Steve DeJong of the Palmdale sheriff’s station.

“Three males entered the location when the residents got home, held them hostage and took cash and jewelry,” DeJong said. “They were armed with handguns.”

The suspects may have followed the three victims home from the restaurant or waited outside the home until they arrived, the lieutenant said.

12 comments for "Robbers get into Palmdale home, rob residents at gunpoint"